Part of that plan involved Murphy signing an executive order directing NJ Transit to post a monthly report on its website, detailing its performance and requiring greater transparency in terms of cancellations and delays.

“Nearly 1400 commuters pass through this station every day,” said Murphy of the Bay Street Station. “Our goal is to get them where they need to be safely — and on time.”

“We are making up for NJ Transit’s lost decade. It will not happen overnight,” Murphy said.

“We owe ourselves and the hundreds of thousands of commuters who rely on this system, day in and day out, a true accounting of NJ Transit’s performance — in real time, and with real information.”

Murphy said the reporting will go far beyond the current reporting. NJ Transit will release total number of commuter rail cancellations each month, including a look back to 2017.

“New Jersey’s commuters deserve a world class mass transit agency and that’s what we are going to deliver,” said Murphy. 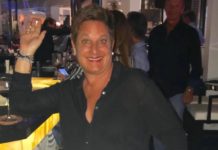