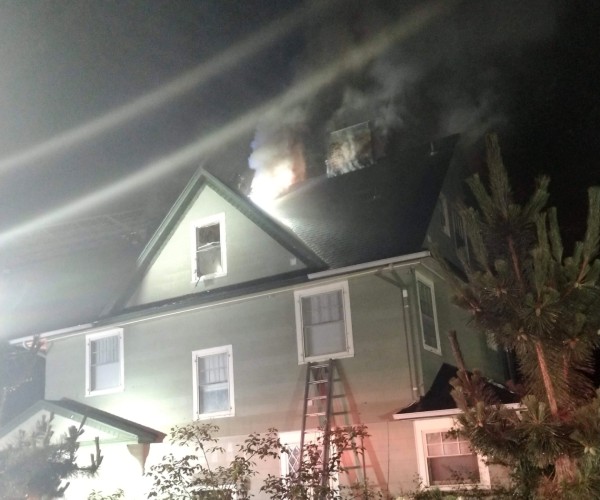 On Saturday, August 3rd, at 11:32 p.m. Montclair Fire Department received a call from a resident on Bradford Avenue reporting that the home’s 3rd floor was filled with smoke. Montclair Fire units were dispatched and arrived to find fire issuing from the rear roofline of the house.

The residents self-evacuated prior to Fire Department arrival. Fire Department members rescued the family parrot which was treated by the ambulance unit and transferred to the animal hospital.

The fire was caused by a lightening strike. There were no reported civilian or Fire Department injuries. The last units cleared the scene at 3am.