Melanie Factor, a Montclair real estate attorney who described developing and renovating properties as a “hobby,” came before the Montclair Planning Board Monday with a plan to subdivide 96 High Street and build two new homes fronting Nishuane Road on the property’s rear yard. 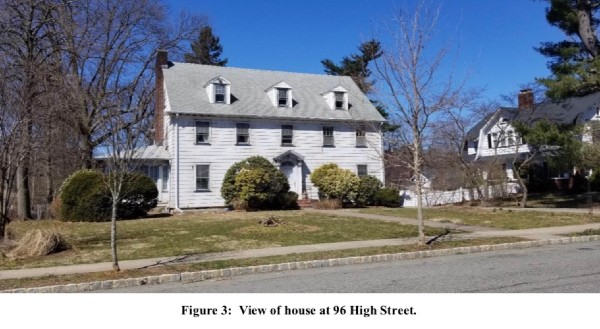 Factor, the applicant, who purchased the property as Platinum Interiors LLC, was represented by attorney Alan Trembulak.

The property, roughly 3/4 of an acre, runs from High Street to Nishuane Road and is 330 feet deep. The High Street side of the property has an existing single family house, a large center hall Colonial, with a detached garage.

The Nishuane side of the property, with its vacant rear yard, is where Factor is proposing to create two lots for two new homes facing Nishuane Road, with one lot being 51 feet wide and the second 52 feet wide.

Trembulak said Factor was seeking lot variances since the minimum lot width for Nishuane Road is 60 feet. He added that the two lots would be preferable than dividing the property in half, given that Nishuane Road has smaller lots, some less than the ones being proposed. He added that the proposed homes for the two lots would be consistent with neighborhood character and scale. 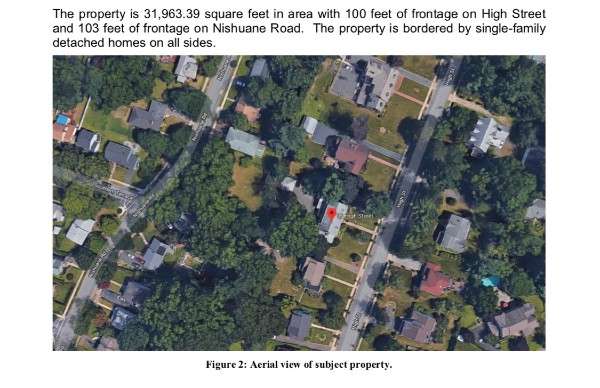 Factor testified that she acquired the 96 High Street property in January 2019. Speaking of her experience with development, Factor said she has restored old Victorians and built duplex properties, adding that in the last 25 years, she has probably renovated 10-12 properties.

Factor, who has already begun renovations on the High Street home, proposed building two houses on the Nishuane Road parcel, each 2114 square feet. The homes would either be 4 bedroom, 2.5 baths or a 3 bedroom with a small office.

Factor said she believed each house would sell for about $600K or more. She based this estimate on some recent sale data for Nishuane Road where she recalled a home sold for $640K.

“Nobody wants those big huge houses anymore,” Factor said, noting the many homes in Montclair priced over $1 million that were sitting unsold. “I chose to build a house a moderate income family can afford, not a huge, 5000 square foot home.” 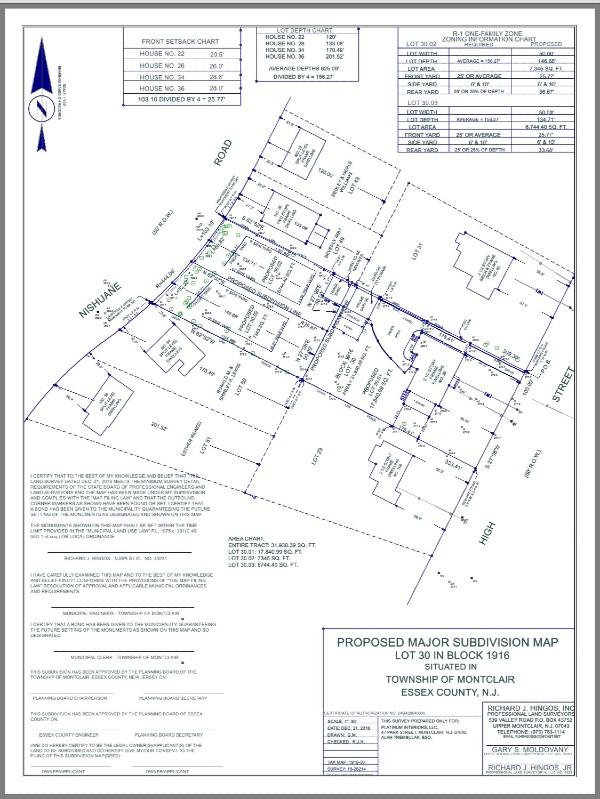 Residents in the area of the proposed subdivision had questions for Factor.

Beverly Irby wanted to know how Factor would build two homes on the property without having to cut down a significant amount of trees.

Factor said she would only remove trees that were necessary to put in driveways for the houses.

Keith Obadike raised concerns about radon and whether Factor had any testing done on the vacant land, given the area’s history as a Superfund site. Factor said she would look into whether any testing had been done.

Dr. George Bennett asked why Factor didn’t choose to build one beautiful house on a large lot. “Montclair is full of irregular lots. Why not build a 3000 square foot home on a 100 foot lot?”

Planning Board member Martin Schwartz asked Factor how much work she had done on the High Street home in terms of renovations.

Factor said she had kept all the original moldings, floors, doors and radiators. The house had been a nine bedroom, but it was renovated to be a five bedroom. She also installed a new roof and fixed the siding as well as gutted the kitchen and baths down to the studs. Her budget for that property was $300,000.

Trembulak asked for a break before calling his next witness to speak to his client. Following the break, Trembulak requested to come back to the Planning Board at a later date with a more detailed plot plan to address questions about trees and other issues raised, including plans for the driveways and two car garages for both homes. The application will be continued in October.

more from MAKOMnj - 1 day ago