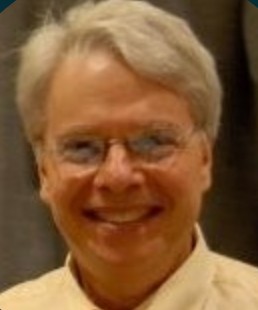 Montclair Board of Education announced the hiring of Dr. Nathan Parker, as interim superintendent for Montclair Public Schools, at a special meeting Thursday night.

Parker is coming out of retirement to take the position, according to BOE president Eve Robinson.

Parker describes himself as a “leader and turn around expert with success in personalization, race relations, achievement gap, low income student achievement, and philanthropy” on his LinkedIn page.

Montclair Schools will release a formal announcement introducing Parker to the community.

A Goodbye To Dr. Johnson

Dr. Kendra Johnson had made a request to be let out of her contract early in order to move and acclimate to her new position in Howard County, Maryland. Johnson cited personal wellness as a factor in her decision to leave Montclair.

Montclair BOE used the special meeting to also recognize and offer an opportunity for the public to thank and say goodbye to Johnson.

Diane Anglin thanked Johnson for her work on the Aubrey Lewis complex event and for asking about families that don’t always have the resources.

Parents acknowledged how important Johnson, who was the first African American woman to lead Montclair Schools, was in listening to some of the “black families and what they struggle with and have to fight for their children.”

All the BOE members offered both praise and appreciation to Johnson for her time in Montclair.

BOE member Priscilla Church said she admired Johnson’s straightforwardness and the work she had done to bring restorative justice to Montclair Schools.

BOE member Latifa Jannah said of Johnson “You were a role model for all the children, but especially the black families, because you were our first.”

BOE president Eve Robinson said she appreciated all that she learned from Johnson and the time they spent together, including some long nights working on the needs of the staff in the district.

“The love you have and care you have for children has alway been authentic to me,” Robinson added.

Johnson urged the district to stay connected with her, adding that “our work in pursuit of excellence and equity will never end until every student is seen and realized and we no longer marginalize young people – whether it’s intentional or not. Our children need us to be courageous and deliberate in our work. If it can be done anywhere, it can be done here.”

She also thanked BOE president Robinson for working diligently to help her get an early release from her contract to start her new life.

Following the meeting, refreshments were served and parents and staff were able to say goodbye to Johnson personally. Dr. Nathan Parker will be at the Montclair Board of Education meeting Monday night.