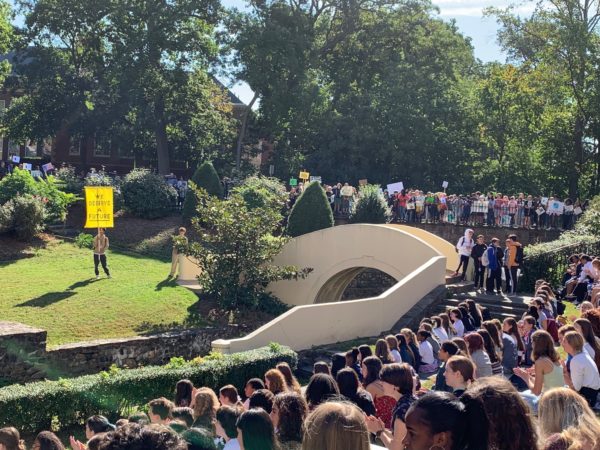 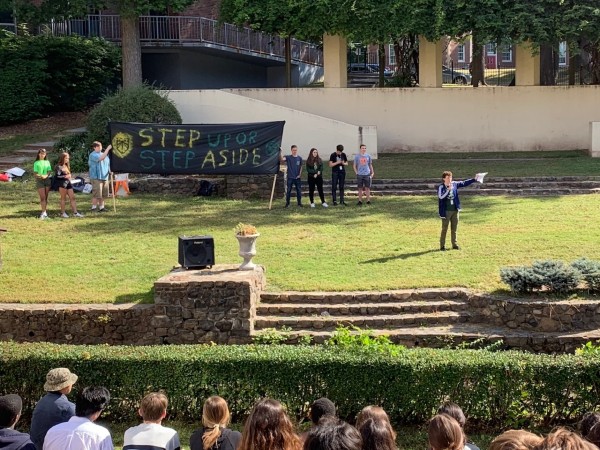 Does this sound familiar? It should. Last year, students at MHS participated in the Fridays for Future walkout in March. 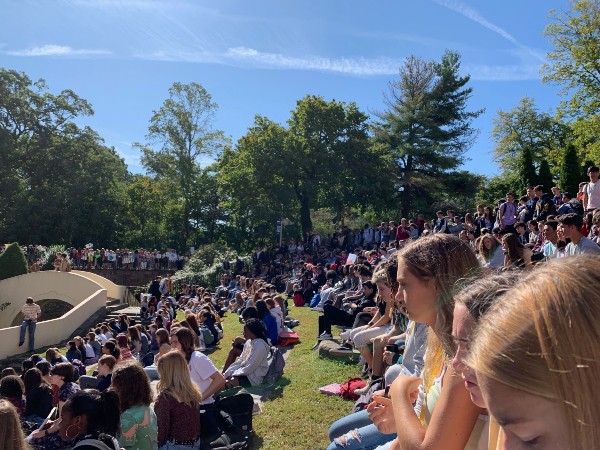 Jonathan Meyer, history teacher, says there are few, if any, issues more important than climate change.

“This impacts everyone on earth, regardless of race, religion, ethnicity, gender, sexuality, and socioeconomic status. If this isn’t enough to cause a walkout, then what is?”

Principal Anthony Grosso, when asked if students would be marked absent, and how the school plans to handle similar events in the future, did not respond to the email. Grosso did, however, issue a statement to the entire school community:

“Please be aware that MHS supports the students’ right to protest. However, if students participate and skip class, it will be counted as a cut for those period(s) they miss.”

The two organizers of the walkout – Josh Shapiro and Isaac Barry – are juniors, but they embody the wisdom of seniors.

“When people base all their moral decisions off the fantasy that the world we live in naturally has justice, and all their economic decisions on what will generate the most profit, instead of the most prosperity, we will never solve climate change,” Shapiro said, speaking to students from the amphitheater.

“What I’m gonna ask you to do, is come out to more actions like these. To rallies that fight for the broadest parts of environmentalism, or just seek to get one person to sign one piece of paper. And you can start right now.”

Despite the fact that NYC public schools are allowing their students to walkout without penalties, the two noted that Principal Grosso was again giving out cuts to those who participated, something he did at the last walkout.

“It’s pretty much the same as last year. Grosso is not being as supportive as he can regarding the walkout, and that’s definitely something to criticize,” says Shapiro, who was inspired to get into climate activism after he read “The Habitable Earth” by Davd Wallace-Wells.

“I had a huge existential crisis. The book really forced me to confront the idea that nobody is coming to save us from climate change, and led me to the conclusion that mass action was necessary,” Shapiro says. 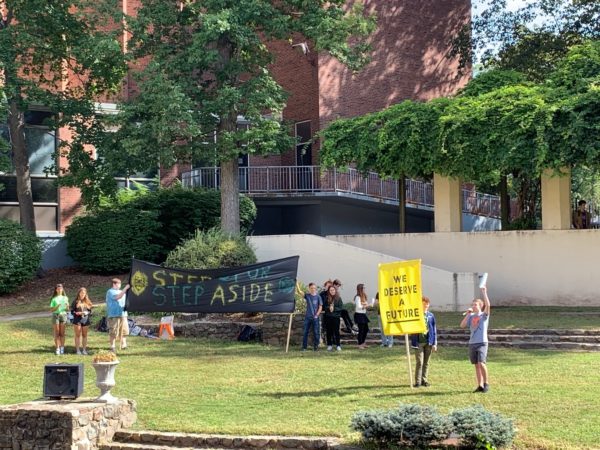 Shapiro said he and Isaac Barry planned to go into New York City for a nonviolent direct action training with Extinction Rebellion, but he overslept and missed the train.

Eventually though, the pair became pretty literate on climate change activism and attended the earth strike rally in Bryant Park and the Newark Water Coalition protest.

Barry says that while there are things people can do to reduce their personal output, the “most effective way to make real change is to institute the political conditions for an economic transformation that will end the ‘profit over people’ mentality dominant in much of modern corporate affairs.”

Georgia Chen is a junior at Montclair High School.