In an official announcement, Montclair Schools states that recruiting diverse and experienced candidates to fill these roles has been a top priority since Dr. Parker began his tenure.

Here is the official announcement:

Dr. Paul Arilotta, Interim Director of Human Resources
Dr. Arilotta comes to the District with a wealth of experience as a Superintendent, Human Resources Director (Ridgewood Public Schools), principal, and teacher. He most recently served as Interim Director of Human Resources for the Summit Public Schools, where he led the successful negotiation of collective bargaining agreements for the Principal and Education Association; led search campaigns including elementary principal and Director of Human Resources; facilitated and monitored the Kim Marshall Evaluation model; and designed, implemented and conducted professional development for paraprofessionals. Prior to that, he served as Interim Director of Human Resources for the Mamaroneck Public Schools in New York. In addition, Dr. Arilotta was Superintendent of the Haworth Public Schools, Hanover Park Regional High School District and Hasbrouck Heights. He holds a B.A. in Sociology from St. John’s University, an M.A. in Curriculum and Teaching in Physical Education from Columbia University, an M.S. in Guidance and Counseling from St. John’s, an M.Ed. in Curriculum and Instructional Practices, Special Education from Columbia, a Professional Diploma in Administration and Supervision from St. John’s and an Ed.D. in Administration and Supervision from Columbia.

Dr. Arilotta has already begun serving in this role and is committed to working on new and unresolved personnel issues in addition to visiting the District’s schools and meeting staff in the weeks to come.

Dr. Sheila R. Cole, Interim Director of Elementary Education
Dr. Cole retired in 2014 from Franklin Elementary School in Summit where she served as principal for more than 15 years. During her tenure, she worked with staff and parents to create a school code of ethics, developed and implemented professional learning communities and the school was identified as a professional learning community model for the state of New Jersey. Prior to that she served as principal in the Princeton Regional School district and worked in the New York City Public School Districts 13, 17 and 22 for 16 years as a principal, assistant principal, Early Childhood Supervisor, teacher trainer and teacher of grades 1, 2 and 5. A Montclair resident, Dr. Cole volunteers at New City Kids, an after-school center for students living in urban areas, where she serves on the Board of Directors for New City Kids Paterson and its National Board. In addition, she volunteers her time with Montclair Film in advertising and marketing. She earned a B.S. in Elementary Education from Boston University, an
M.S. in Education, Educational Administration from Bankstreet College and an Ed.D. in Educational Administration from Seton Hall University.

As part of his entry plan, Dr. Parker met with elementary administrators and teachers whose overarching request was for immediate, targeted support at the K-5 level. Dr. Cole will be providing that support, facilitating the ongoing development and alignment of the District’s elementary curriculum as well as ensuring equity in elementary programs and services. 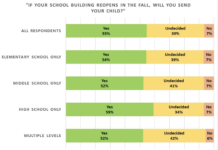 Montclair Schools COVID-19 Parent Survey: More Than Half Would Send Kids To School in Fall 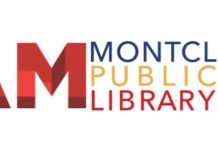