Home Featured Posts Who Would Be The Ideal Montclair Mayor? And Who’s Planning To Run... 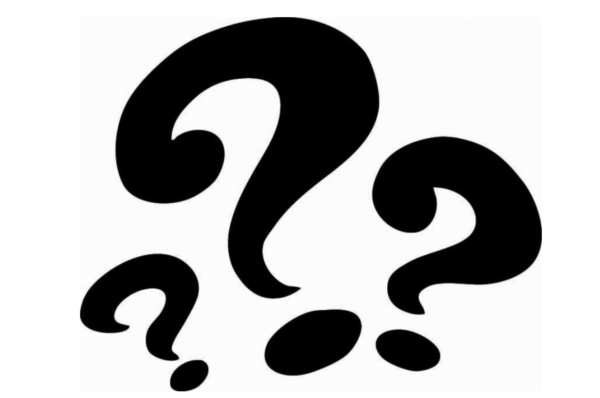 “The goal of the evening is to design the process that mobilizes us to be makers of our leaders,” said Petia Morozov, an architect and MDW’s founder.

Montclair Design Week will be hosting a follow-up to this event in one month; sign up here to find out when and where.

Much was made during the discussion about the low voter turnout in 2016. Of course, it’s important to acknowledge that turnout for that election was at an all-time low because 6 out of 7 candidates ran unopposed.

Back in December 2015, no one had really come out with a definitive announcement, there were only some “maybe” Montclair candidates. In 2016, members of the Montclair council took time to announce their decision to run again.

Campaign packets for the 2020 election will be available in January; municipal elections are held the second Tuesday in May, which is May 12, 2020.

Baristanet reached out to both incumbents and possible new candidates to see who is planning to run in 2020. Here’s what we heard:

Robert Jackson, Mayor: “I’m definitely running again unless I decide not to.”

Bill Hurlock, First Ward Councilor: “I have been extremely fortunate that so many people have expressed an interest in my political plans. As many of you know, I have been considering running in 2020 for either Town Council, State Assembly or Congress. I am currently speaking with supporters and advisors as to which course I will take and I will soon let everyone know of my plans.”

Robin Schlager Second Ward Councilor: “I haven’t focused on 2020 yet-it’s a big decision and one that I haven’t made yet. There’s still more to do in 2019!”

Rich McMahon, Deputy Mayor/Councilor-At-Large: “Thanks for asking. Undecided at the moment.”

Sean Spiller, 3rd Ward Councilor: “Right now, I’m laser focused on delivering progressive solutions and responsible budgets for Third Ward residents and the town as a whole. Next year is a long way off.”

Bob Russo, Councilor-At-Large: “Have not made a decision yet, will do so before the end of the year. Have been Listening to the concerns of many residents throughout the town, who want to see continued good, progressive government, tax stability and sustainable environmental policies. Will respond to your question with more finality in a couple of months, after discussing with family & the many friends, neighbors & supporters who have been encouraging me to serve one more time.

In considering whether to run for and serve one final term on the Council, I would make my focus keeping Montclair affordable for both tenants & Seniors, who are finding it harder to remain in town due to higher rents & developments that they cannot afford. It may be time to wind down development and consider some form of rent stabilization.”

Dr. Renee Baskerville, 4th Ward Councilor: Baskerville told Baristanet she definitely plans to run again in the 4th Ward, but would consider running for mayor if Jackson decided not to run.

Carmel Loughman, member of the Montclair Planning Board, tells Baristanet she will definitely run for town council in 2020. Loughman who lives in the 4th Ward, will run for an At-Large Councilor Seat, unless for some reason, Baskerville does not run in the 4th Ward. Loughman, in addition to serving on the Planning Board, has experience in “all areas of risk analysis and insurance including risk management techniques, insurance procurement, captive management, and alternative risk funding” per her LinkedIn profile.

Selma Avdicevic, who ran last in 2012 as an independent candidate for the 2nd Ward seat, says she will not run, but adds “we need an engaged electorate and a change in leadership.”

Education and the role of the mayor in appointing members to the Board of Education may also play a factor in the 2020 election.

Montclair residents who considered throwing their hat into the ring in 2016 included Jon Bonesteel, moderator of the Montclair Watercooler, co-founder of HackNCraftNJ Makerspace, and one of the founders of Laptop Upcycle, as well as Joe Kavesh, who has served on the Montclair Civil Rights Commission and as a member of the Montclair Board of Education.

Kavesh did not respond to our inquiry, but Bonesteel did.

“That’s all the town needs, Jon Bonesteel as Mayor. No, I have no interest and even if I did my wife would not allow it,” Bonesteel says.

We asked Matt Frankel, who was active in Montclair Kids First (Bonesteel was also a vocal member), and worked for the Montclair School District as an assistant to former Schools Superintendent Penny MacCormack, if he would consider a run.

“I am so done with Montclair politics.”Frankel said. Frankel is currently involved with the Montclair Local. Frankel, along with a small group in town, have been working behind the scenes, putting together a Board of Trustees and an Advisory Board for the paper which is seeking nonprofit status.

Martin Schwartz, whose name came up in 2016 as a possible candidate, and who is a member of the Montclair Planning Board, says “I’m thinking about it…”

Schwartz who has long been vocal regarding town government says he has been involved in elections going back to 2004 when he was chief advisor to the Effective Government team that ran then and again in 2008. Schwartz says he was also campaign manager and advisor for 2nd ward Councilor Cary Africk, who won his seat.

“As someone very involved with a number of key policy issues, I’m giving serious thought again to possible direct Council service for 2020. In my opinion, the Jackson group has done a very good job in a number of areas, particularly fiscal responsibility given where we started in 2012,” says Schwartz. “But being able to have more direct input into redevelopment and land use concerns, transportation issues, transparency and accountability — even excellence in the schools using the bully pulpit to push for universal PreK to actually impact the racial achievement gap — could help bring even more positive change I believe.

“For example, I continue to have disappointments and disagreements with Townwide Councilor Rich McMahon — who has not provided the kind of leadership I’d hoped he would in a number of personnel and policy votes that I felt were warranted. So I’m thinking about it…is the answer,” says Schwartz

Baristanet is committed to keeping the online discussion active about what Montclair needs in its leaders. Leave a comment here to be part of the discussion.