Montclair State University’s ongoing efforts to combat food insecurity has received a boost from a new partnership with the Community FoodBank of New Jersey, which will increase food supplies to the Red Hawk Pantry and register students and others in the campus community for the Federal Supplemental Nutrition Assistance Program (SNAP).

Montclair State has been a leader in addressing food insecurity since 2016, when it became the first four-year university in New Jersey to open a food pantry on campus.

Sonja Tillman, coordinator of the Red Hawk Pantry, says the food bank is providing access to shelf-stable products, such as ultra-high temperature pasteurized milk, canned vegetables and fruit, and perishable items, including fresh fruit and vegetables, breads and cereals.

With four out of 10 Montclair State students reporting some level of food insecurity, Tillman says that the Community FoodBank items — which are provided to the pantry for free or at a substantially reduced cost — represent an addition to the generous donation of perishable and non-perishable items already provided by Inserra Supermarkets.

Additionally, Community FoodBank’s Resource Access Manager, Meghan Gosselink — a graduate of the Master of Public Health program at Montclair State — and Durell Clark, a student support services case manager on campus, will work together to screen and register eligible students for SNAP benefits from 2 p.m. to 5 p.m. on Tuesday, December 3 in Room 417 and Tuesday, December 10 in Room 415 of the Student Center.

The SNAP outreach will benefit many students who may have erroneously thought they were ineligible for the program, Tillman says. For example, in order to qualify for SNAP, college students must work at least 20 hours weekly: Many Montclair State students meet that criteria.

“I’ve had students with upwards of three jobs,” Tillman says. “A lot of them are simply exhausted between school and work. And they are hungry and they are trying to learn. We are looking for ways to help them stay healthy, nourished and to support them as they work towards finishing their degrees.”

The University’s efforts to combat food insecurity recently drew the attention of award-winning journalist Soledad O’Brien’s Starfish Media Group, which produced a verité feature documentary titled Hungry to Learn on the national epidemic. The production team worked with Montclair State students and staff, taking a close look at some of the faces behind this American crisis. The film was selected for the DOC NYC festival and premiered on November 9 at the SVA Theatre in New York City. 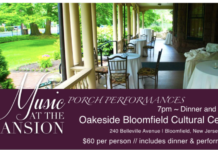 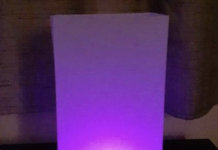 Light Up The Night with S.O.F.I.A. And Bring Awareness to Domestic Violence