Theft
November 13, 2019 (Lane Court): The resident reported that two packages that had been delivered to her house were stolen. The packages contained approximately $150.00 in miscellaneous merchandise.

November 16, 2019 (Pierson Place): The complainant reported that while watching television he heard a commotion outside of his residence and observed three males inside of his parked vehicle. The resident confronted the suspects who fled towards Glen Ridge. A Hewlett Packard laptop, valued at $400.00, was stolen.

November 17, 2019 (Glenridge Avenue): A vehicle parked in the rear of the residence was entered. A pocketbook containing cash and credit cards was stolen.

Burglary
November 18, 2019 (Plymouth Street): The resident reported that upon returning home she observed a male walking up the stairs to her second floor. She only observed the male’s lower torso, observing tan pants and work boots. At the time, she believed it to be a hired construction worker who was scheduled to be at the house. Shortly thereafter, the resident realized this was not the case and contacted the police. The suspect had fled through the front door. At the time of the report, a laptop and iPod were reportedly missing.

Vandalism
November 18, 2019 (Park Street): A Township employee reported that the “Big Belly” trash receptacle outside of the YMCA was vandalized with light colored marker or spray paint. 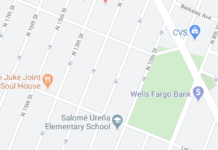