Acting Essex County Prosecutor Theodore N. Stephens, II, announced today that an Essex County jury has convicted serial killer Khalil Wheeler-Weaver, 23, of Orange on three counts of murder in connection with the deaths of three young women he killed between August and November 2016 and the kidnapping, sexual assault, and attempted murder of a fourth woman.

“This defendant somehow thought that he could kill these women without anyone caring. The investigation undertaken by our office, in cooperation with others in law enforcement, makes clear that those of us in law enforcement would not allow that to happen,’’ said Acting Prosecutor’s Stephens. “The jury’s verdict makes clear the community would not either. Every victim is important, and we pursue each case was an unwavering commitment to produce the best outcome possible based on the evidence we can gather.’’

After a two-month trial, the jury took less than three hours to find Wheeler-Weaver guilty on all counts, including three counts of murder for killing Sarah Butler, 20, Robin West, 19, and Joanne Brown, 33.

In addition to the murder counts, Wheeler-Weaver was also found guilty of kidnapping, aggravated sexual assault and attempted murder of a 34-year-old woman who survived the attack. The jury also convicted him of three counts of desecration of human remains and aggravated arson.

Butler, a Montclair resident who was attending Jersey City University was murdered on Nov. 22, 2016. Her body was found in Eagle Rock Reservation in West Orange on Dec. 1, 2016.

West, a native of Philadelphia who was living in Union Township, was murdered on Sept. 1, 2016 in Orange. Wheeler-Weaver set fire to her body and then torched the vacant home.

“Three years ago, three families suffered the terror of a missing loved one, followed by the horror and loss of learning they had been murdered. The survivor suffered a horrible trauma, from which she continues to recover. For the past three years, we have worked to win justice for these women. The jury has now delivered that justice on behalf of our community,” said Assistant Prosecutor Adam B. Wells, who tried the case with Assistant Prosecutor Mira Ohm.

“We thank the jury for their tremendous service. This result could not have happened without the cooperation of members of the law enforcement community as well as the victims’ friends and family who worked with us in solving these heinous crimes,” said Assistant Prosecutor Ohm.

Acting Prosecutor Stephens thanked all the law enforcement agencies that worked so closely with the Essex County Prosecutor’s Office on this case. He extended a special thanks to Sergeant Christopher Smith of the ECPO, Lieutenant Michael Krusznis of the Newark Police Department, ECPO Captain Thomas Kelly, retired ECPO Sergeant Paul Sarbando and ECPO Detective Mario Suarez. 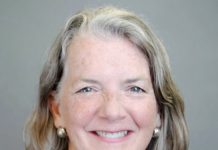