Is history about buildings or people and how does a historic designation actually keep that history alive?

These were just some of the questions and concerns residents raised during an opportunity to give feedback to the Montclair Historic Preservation Commission on December 10, regarding the possible historic district designation for the Wheeler Street neighborhood. 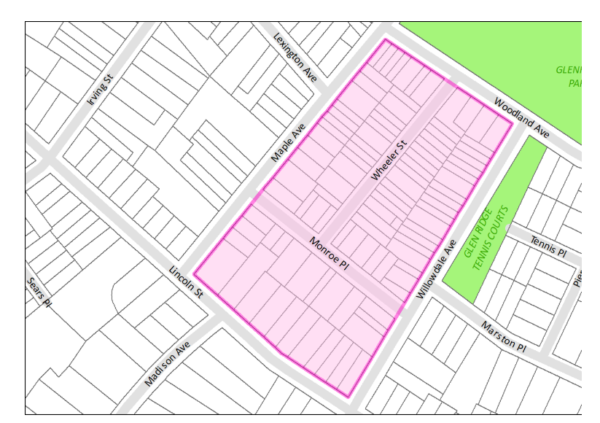 Residents from that neighborhood wondered why their homes and neighborhood were being considered for a historic district designation and expressed concern about how a designation would impact their ability to improve or sell their properties.

Gay Overbey Cole didn’t want her house, which has been in her family since 1947, deemed historical because “I want to do what I want to do to my house. If I want to put up some bricks and put my little flowers in front of my house, I want to do that without paying $100 per application if I want to change the steps.”

Overbey Cole said she was not only representing 26 Wheeler Street but also 33 Woodland Avenue, the building which houses the Montclair Women’s Community Circle, a women’s club, and was, according to Overbey Cole, the first African-American-owned building on that street.

When he renovated #5 Wheeler Street 10 years ago, Paul Weingarten said the entire block was derelict.

“We don’t want anyone telling us what we can do and cannot do in our homes. We don’t want you, Ms. Bennett designating these homes. You hired an academic interloper to search for rationalizations,” Weingarten asserted. “How much is she being paid from the $25,000 grant so that you all can disrupt the community. She does not even live in Montclair and none of this board lives or has property in this proposed district and will never feel the consequences of your actions.”

Weingarten questioned why the buildings and neighborhood were even being considered historic.

“Nothing much happened here. People went to work and came home. Most, most, most of them are dead. You can’t designate a historic district by culture when the culture is not unique or special. Where is Lincoln’s log cabin? Where’s Lincoln? All you have is good, honest, ordinary folks in historically conventional working class houses,” he added.

Latifah Jannah wanted more explanation of what a designation would mean for homeowners and how it would affect anything she might want to do to her home.

Jannah said she understood there to be history in the neighborhood but asked “how do we preserve that without doing something like this?”

She added there were a lot of questions that people have that need to be answered.

Kathleen Bennett, HPC chair, said there would be more answers in January, but in the mean time, she directed Jannah and others to information on the township’s website.

“I can assure you that we have absolutely no control over exterior color,” Bennett said, adding that the evening’s meeting was just an opportunity to take in everybody’s opinions.

Sandy Castor spoke on behalf of her parents who own 27 Wheeler Street. She asked whether the Historic Preservation Commission was stepping beyond what they are designated to do in this case as it pertains to Wheeler street and expressed disappointment that there has not been a two-way conversation about the possible designation.

The public hearing on the Oakcroft and Wheeler Street nominations will continue at a meeting of the HPC on Thursday January 9, 2020. The public hearing will be held at 7:00pm in the Council Chambers of the Montclair Municipal Building.

View a recording of the December 10 HPC meeting here.