Fourth Ward Councilor Dr. Renee Baskerville has issued a statement regarding her “My Brothers-Sisters Keeper ComeUnity Engagement with a Purpose” meeting on December 30th, where Montclair rabbi David Greenstein censured the remarks of James Harris. The statement, dated January 3rd, reads as follows:

As many of you may know, on December 30, 2019, I hosted my traditional, end of each year convening at which people from every Ward, race, color, religion, socio-economic strata, stripe, various beliefs and views to discuss how to move Montclair forward. I now look forward to taking what was shared, revealed and discussed at this meeting to its next phase of discovery, mutual understanding and action.

We came together during a season in which many people of many faiths, focus and act in preparation and anticipation of the new season, a new year in which individually and collectively we try to rid ourselves of obstacles to our realizing our tremendous potential as One Family united, Brothers and Sisters all. 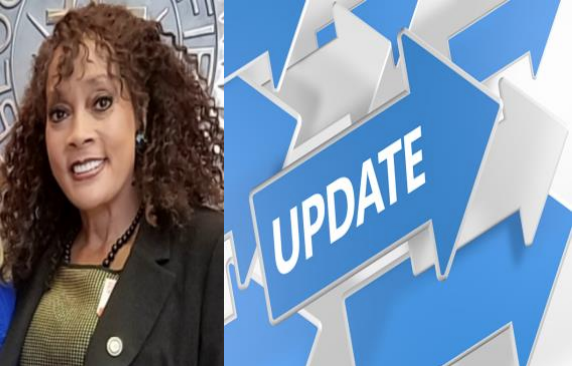 My public service and private Walk have been punctuated by my beliefs and my actions in furtherance of my beliefs that as our Township, the State and the Nation are becoming increasingly diverse, and as the public discourse and federal government policies and practices, state and municipal policies and practices in many places are becoming more incendiary and more bigoted, I must accelerate the use my voice, my training as a health professional and healer, and my public service, to bring our community together to assess where we are in our quest to adopt and enforce laws, policies, regulations, and to put in place and sustain practices to validate, protect, and respect the diverse persons in our jurisdiction, against the national backdrop of incendiary bigotry and micro-aggression.

My end-of-the-year retrospective and the launching of my agenda for 2020 had as its express purpose starting difficult discussions that would assist in identifying and prioritizing issues around which we would establish work groups and ultimately engage our Mayor and Town Council, policy shapers, our education professionals, our faith institutions, journalists, community-based organizations, our public safety officials, business owners and other business leaders, artists, entertainers, and athletes, scholars and practitioners in the field of bigotry abatement, and every segment of our community, in an education effort about the scourge of
bigotry. The goal of the convening was to begin the process of education toward the end of liberating ourselves from prejudice and discrimination against any individual or group because of race, creed, color, national origin, religion ancestry, age, sex, affectional or sexual orientation, gender identity or expression, disability, marital status, liability for service in the Armed Forces of the United States [or] nationality. I noted in my announcements about the convening and at the beginning and end of the convening, that I had no expectation that in the two hours allotted for the meeting could we take a deep dive into any of the areas of concern, but that we would begin a discussion, an identification of critical issues around which I would establish work groups that would be tasked to lead in following up.

I welcomed the participants to the convening and urged and encouraged them, “to join me in redoubling our efforts to be ambassadors and exemplars of goodwill all year around; and to enhance our collective work and collaborative Walk, to let everyone in our Township understand that we are the keepers of our Brothers and Sisters, and that we will establish and meet markers so that by the end of 2020, our Township will be more just, more respectful, more secure, sustainable, prosperous, and peaceful; a place where everyone can become independent & be mutually dependent; A place where everyone can be at their best, on their own, & a understand that they are vital part of the Whole.”

As the dialogue progressed, the importance of the meeting was underscored. One of the discussions in particular highlighted the importance of our cultivating and educating diverse and sometimes disparate groups to common understandings, as a way of promoting a pluralistic community in which intolerance in any form will not be tolerated. To foster the Community that I envision, we must educate to liberate those in our community from ideas and actions that are inimical to our efforts here in Montclair to remove all barriers to diversity, inclusion, ecumenism, the promotion of peaceful, affirming, welcoming, respectful, environments—a community of One Township, Indivisible.

Through an extensive array of public and private actions and investments, we must foster and support the civil and human rights of everyone in our Township, and quash dangerous rhetoric that will likely lead to dangerous consequences; actions or inaction that stoke flames of anger, fear, and distrust, and often is manifested as anti-immigrant, anti-Black, anti-Brown, anti-Jewish, anti-LGBTQ and other destructive intolerance. We must make real the myth of Montclair as an exemplar of diversity, inclusion, and respect for everyone within its jurisdiction. Montclair must become a gold standard bearer for creating a community in which bigotry in all of its ugly forms will not be tolerated.

To the above ends, I reported at the beginning and end of my meeting on December 30th, that in our Township, we must work assiduously, strategically, and indefatigably to dismantle hate- based ideas, policies, and practices. We must train and raise our children to be anti-bigoted. I proposed to build teams of people that would lead us in addressing some of the most intractable divisive issues in our town, during this time. For example, I proposed a community and scholar/practitioner work-group that would establish a plan and affirmative actions every household in our Township would be encouraged to undertake, a plan and affirmative actions that would be taken in every Montclair public school, a plan the Mayor, City Council, legal counsel, and others would undertake to assess our laws, regulations, policies, and practices in
every government agency and make adjustments where they are not furthering our Montclair Rising Against Bigotry Movement.

In my plan, our faith leaders and faith communities would also play a vital role in Montclair Rising Against Bigotry. In our houses of worship we would work to dismantle bigoted ideas anchored in religious dogma and practices, and convene discussions about ensuring a twenty- first century dogma in which every individual is equally valued and respected. I proposed a business leaders work-group, a community-based organization-social services work group; a public safety work group; a journalists and marketing professionals work group; artists, entertainers, athletes work group; educators work group; legal and social justice work group, all of which would be encouraged to conduct a SWOT analysis (a survey of our strengths and weaknesses, opportunities, threats) and identify one or two collective actions we might take as a community, led by those in the work group, and consistent with our goal of creating a Township in which intolerance will not be tolerated and in which we rid the Township and everyone within from the shackles of bigotry.

I am delighted to report that in furtherance of the discussions at my meeting, Mayor Jackson, who was in attendance at the meeting, has invited the African American and Jewish faith leaders to convene. This is an important next step to laying the foundation for rooting out bigotry in our town, moving all souls in Montclair to greater independence while respecting our mutual dependence, and creating a community that does not tolerate bigots.

My Montclair Rising–My Brothers-Sisters Keeper ComeUnity Engagement was attended by roughly 100 residents representing diverse segments of our community. Since the meeting about 100 people have been keeping the discussion alive online, in the press, and others around dining tables and watercoolers. The convening highlighted some responses to the troubling, divisive, hate-fueled national and states civic discourse, dangerous rhetoric, the violent assaults, and domestic terrorist attacks. The heightened hate is stoking of the flames of anger, fear, distrust, and threatening to fray the Coalition of Conscience that moved the Nation and Montclair through our darkest days.

While illustrating the potential for the fraying of the Coalition of Conscience amid heightened anger, fear, distrust, and intolerance, my meeting also highlighted the willingness of many in our Township to respond to prejudice, discrimination, and hate with courage, solidarity, love, resolute, strategic, collaborative actions. It highlighted also the complexity of bigotry and the long and stony road ahead to making Montclair the gold standard bearer in the ameliorating of bigotry from our Township. The convening identified a number of key resources from inside and outside of our Township that are eager to join in this next phase of our, Montclair Rising Movement.

As the result of the media, and other coverage of my meeting, persons of goodwill in our Township and neighboring towns have expressed an eagerness to join our Montclair Rising Movement-My Brothers-Sisters Keeper Movement, and to work on one of our standing work groups or one of the ad hoc work-groups that will be established immediately to address the issues that were identified for priority action at my meeting on December 30th. The work of the interfaith leadership work-group will begin immediately. Soon, I will announce the convening of
the inaugural work-group for others of the Montclair Rising-My Brothers-Sisters Keepers Initiative.

I thank everyone who participated in our December 30th meeting, those who have inquired about how to get involved in our movement, and those who will join in this tremendous undertaking. I thank the press for its coverage of this aspect of my service, and those who are expanding my reach via social media and other engagements. To remain engaged and receive the latest updates, please Email me at RBaskerville@montclairnjusa.org.