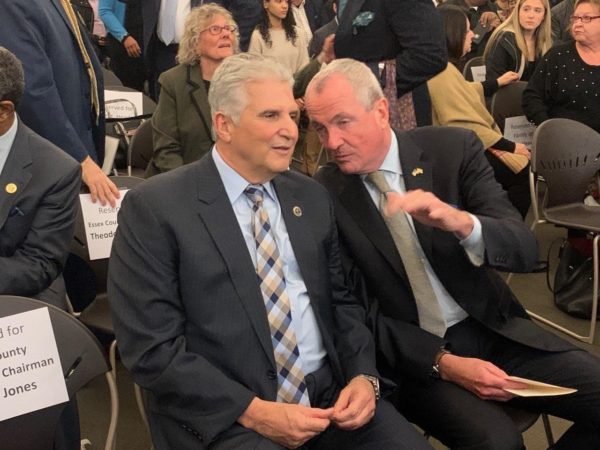 Essex County, NJ – Essex County Executive Joseph N. DiVincenzo, Jr. announced his support of Governor Phil Murphy for re-election as New Jersey Governor on Monday, January 13th. Murphy currently is entering his third year as Governor and would be up for election in 2021.

“I wanted to be one of the first people to publicly endorse Phil Murphy for re-election because of all that he has done for the people of New Jersey and, especially, Essex County,” DiVincenzo said.

“When we needed him the most, Governor Murphy joined with Essex and the City of Newark to help find a solution to the city’s lead water crisis. He has been supportive of our initiative to expand our government complex and so many other projects to improve our residents’ quality of life. He is a disciplined leader with strong principles, he follows through on his promises, and he does what he believes is the right thing for our people and future. I’m thrilled to support him for re-election, and I’ll work tirelessly to ensure he wins another term.”