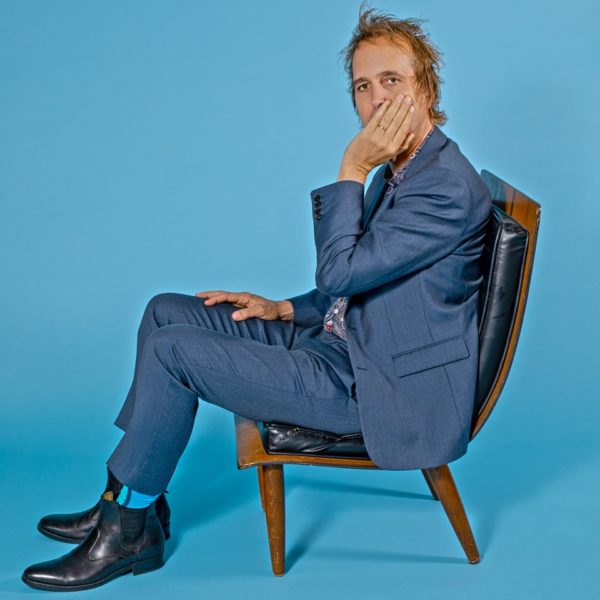 Chuck Prophet hit the road straight out of high school in the ’80s with the psychedelic roots band Green on Red, and he never looked back. In addition to working as a singer/songwriter, guitarist, bandleader, and collaborator with artists as diverse as Cake, Kim Carnes, Solomon Burke, and Alejandro Escovedo, Prophet’s deepening solo catalog of self-produced “sideways” roots rock has steadily become his calling card.

Born in the Southern California suburb of Whittier, the San Francisco-based Prophet made his debut as a solo artist in 1990 with Brother Aldo; one U.K. music paper called its collision of lo-fi and country “as close to the genuine article as a white boy can get.” Developing his style over the course of seven albums, including Balinese Dancer (1993) and Feast of Hearts (1995), Prophet hit his stride with his gritty meditation on suburbia, Homemade Blood (1997), followed by the studio-tweaked and poetic The Hurting Business (1998) and the streetwise epic No Other Love (2002), which sparked the radio hit “Summertime Thing,” while the title track was covered by Heart.

Prophet’s 2004 release Age of Miracles married vintage sounds with state-of-the-art studio technique, while never compromising its raw roots foundation. Released in 2007, Soap and Water barged through rock’s barriers with a helping of swamp rock and hip-hop. Between albums, Kelly Willis and Boz Scaggs were among the many artists who laid down versions of Prophet’s songs, while his guitar tracks showed up on recordings from Warren Zevon, Lucinda Williams, and Jewel. In 2005 and 2006, Prophet rejoined Green on Red as they reunited for a series of shows; one of the concerts was released on the album Valley Fever: Live in Tucson 2005.

Prophet continued to perform as a solo artist and with his band, the Mission Express — featuring his wife, Stephanie Finch, on keyboards and vocals — and released Dreaming Waylon’s Dreams in 2007, following it with a politically themed solo album, Let Freedom Ring, in 2009. The fascinating and ambitious Temple Beautiful, a concept album that tackled a sort of alternative history of Prophet’s adopted San Francisco, arrived early in 2012. In 2014, Prophet returned with the album Night Surfer, which featured instrumental assistance from former R.E.M. guitarist Peter Buck and Prairie Prince, drummer with the Tubes. Prophet delivered yet another eclectic and interestingly titled album, Bobby Fuller Died for Your Sins, in 2017.