To hear her tell it, Jazmine Shaw, a senior at David Brearley High School in Kenilworth, is not “a very brave person.” But two years ago, she felt she had to speak up about the incomplete portrait of American history being taught in her AP U.S. History class. Over the course of the next year, she rallied classmates and lobbied the school board, eventually persuading her high school to offer a new course in ethnic studies so classmates could see the full picture of how Latinx, African-American and other minority groups contributed to the nation’s history.

Jazmine’s work eventually led to her receiving the 2019 Princeton Prize in Race Relations for Northern New Jersey, which provides $1,000 and an opportunity to participate in a two-day, all-expenses-paid Princeton Prize Symposium on Race at Princeton University. Applications for the 2020 Prize are open–the deadline is January 31–to current high schoolers who are working to promote racial equity and are available at https://pprize.princeton.edu/.

“At first, no one acknowledged me,” Shaw remembers about her own racial equity work, but she persisted anyway. The following fall, she made a formal proposal, presented it to the school board, and eventually won the nod to start working with her principal on a curriculum for the new ethnicity course, which is set to begin in the fall of 2020.
Shaw’s determination to expand her schoolmates’ understanding of American history is what impressed Princeton Prize committee members. “Each year our committee is inspired by the courage and creativity of our applicants and honorees, who are engaged in the difficult work of combatting racism,” says Patricia Perlmutter, Northern New Jersey Committee co-chair of Prize. Adds co-chair Hope Blackburn, “The absolutely horrific events of the past few weeks have reminded us that improving race relations is an ongoing struggle. There is much more work to be accomplished.”

Winners of the Princeton Prize join 27 other regional awardees from around the country at the Princeton Symposium, an annual event. Last year, the Northern New Jersey Committee also recognized five additional students with Certificates of Accomplishment. The Committee is seeking students who, in the words of the Prize’s mission statement, “significantly engage and challenge their schools or communities to advance racial equity in order to promote respect and understanding among all people.”

The Princeton Prize in Race Relations was created in 2003 by an alumnus, Henry Von Kohorn ’66, who sought to recognize high school students working to improve understanding among diverse groups in their communities. Kohorn hoped the Prize would motivate engaged high school students to continue their work in college — a goal that has been realized by the Northern New Jersey region’s 2018 winner, Columbia High School (South Orange/Maplewood) graduate Toibat Ayankunbi. Now a sophomore in Rutgers’ Honors College, Ayankunbi spearheaded the Honors College Speaks program, which fosters conversations about potential hot-button issues, such as appropriation and cancel culture, before they have a chance to flare up into conflicts on campus.

Attending the Princeton Prize Symposium, Ayankubi says, helped her envision projects on a larger stage and gave her a network of peers around the country with whom to share ideas and challenges. “We have group texts where we just have quick catch-up sessions and talk about what we’re doing now,” says Ayankunbi, who hopes to become a lawyer. “To meet other people who are as passionate as I am about changing their communities is just amazing.

For more information about the Princeton Prize in Race Relations, please visit https://pprize.princeton.edu/ 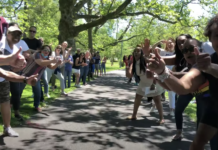 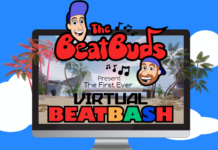 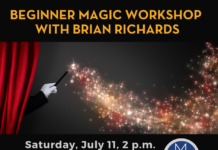