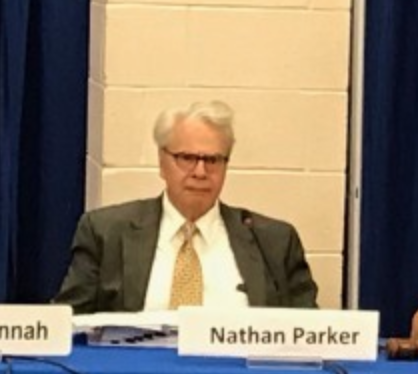 A number of Montclair parents had a response during public comment at Wednesday’s Montclair Board of Education meeting to a statement made by Interim Montclair Schools Superintendent Dr. Nathan Parker.

They asked for his immediate resignation.

According to parents who spoke during public comment, Parker allegedly made remarks regarding racist teachers reportedly at a NAACP education committee meeting and those remarks have been circulating on social media

At the beginning of the meeting, Parker made a statement, apologizing for how others might have interpreted his remarks.

“At a meeting of the NAACP education subcommittee, I was asked a question. My response was interpreted as supporting racism and teachers. I want to reiterate tonight that I in no way support racism in any form when I attempted to speak about was the inevitable presence of bias in the school environment and how it can be addressed and reduced through strong educational systems and hiring practices. I do not support or condone racism in any form. It is regrettable that my comments were heard to mean the opposite. I have been involved with fighting injustice and supporting equity for students as a school leader for more than 50 years and I will continue to do so. I’ll offer to speak personally with anyone who was offended. That offer still stands and I invite you to contact me for a personal appointment,” said Parker.

Parker added he would be attending upcoming conversations on race in the community to further understand the concern of racial injustice in Montclair.

“It has been my pleasure to come to the Montclair school district and learn more about its history and development. Part of that history includes deep wounds over segregation and a lack of education, equitable access and opportunity,” Parker continued. “I did not intend to cause harm or open old wounds by my comments. I am sorry my words may have been misinterpreted and I appreciate the opportunity to explain my intent. I seek to be involved in healing past practices and improving our schools and we’ll continue to work in that endeavor.”

Speaking for the National Independent Black Parents’ Association (NIBPA) Kellia Sweat called for Parker’s immediate resignation. She was one of several members of the public to echo that call.

“Dr. Parker already admitted to saying he does not have a problem if a teacher is found to be racist, as long as it doesn’t disrupt instruction,” Sweat said.

June Raegner said she had heard Parker’s comments as well and criticized his statement as not an apology.

Diane Anglin, who is serving as Montclair NAACP’s interim educational committee chair, said in response to the alleged Parker remarks: “I was not made aware of the specifics of the statements that were made. The position of the NAACP, from Mr. Pelham, is that he is going to release a statement after gathering all of this information.”