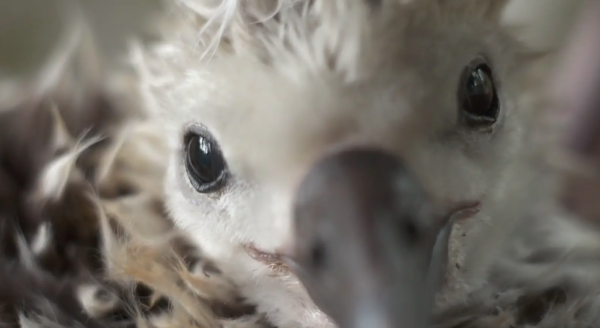 Montclair’s Office of Environmental Affairs, in collaboration with the NorthEast Earth Coalition, proudly presents the 100th free Green Film with the screening of “Albatross” on Thursday, January 16, 6:00 p.m., at the Montclair Public Library, 50 South Fullerton Avenue, 07042.

The Montclair Green Film Series began on Earth Day 2009; this year we begin our 12th year. The films all cover some topic of environmental sustainability, and frequently coincide with current local issues or events. No other environmental film series anywhere in the entire metropolitan area has provided so many compelling films over this length of time.

The film “Albatross” is a story that may change the way you see everything.

A decade ago, studying the newly-emerging issue of ocean plastic pollution, American photographer and filmmaker Chris Jordan learned of a stunning environmental tragedy taking place on a tiny atoll, Midway, in the heart of the vast North Pacific Ocean. Chris’ famous images of dead albatross chicks and the colorful plastic they’d ingested served as a blunt reminder that the planet is in a state of emergency. His experience was devastating, revealing the destructive power of our culture of mass consumption, and humanity’s damaged relationship with the living world.

Returning to Midway a total of eight times over four years, Chris and his team filmed the flock and experienced the birds’ beauty, grace, and sentience more vividly with each trip. By learning to attune themselves to the birds’ body language, Chris could film the albatross up close without causing them anxiety. The poetry of the albatross is revealed layer by layer, as the team was gifted with intimate footage of every stage of the cycles of life, death, and birth.

Chris believes the focus of this film should be on forcing people to have a stronger emotional engagement with the problems caused by plastics. While making “Albatross,” he considered Pablo Picasso’s approach to art: “The role of the artist is to respect you, help you connect more deeply, and then leave it up to you to decide how to behave.”

Infused with often-overwhelming levels of beauty, lyricism, mystery, reverence, grief, and joy, let “Albatross” soar into your heart as an offering of love, beauty, and hope for our times.

Bring a friend, a neighbor, or your family birder to this free event, including an open public discussion afterward. For questions, call Montclair Environmental Affairs at 973-509-5721, or, email: grussell@montclairnjusa.org. 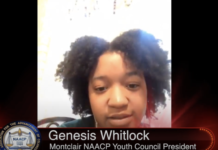 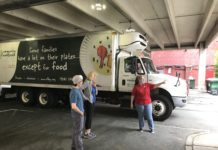 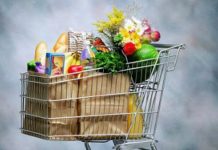