The Montclair Orchestra (MO) announced terrific news this week: MO has signed David Chan as Music Director for another seven years, extending his tenure with the orchestra until 2027, and marking 10 years in the role. This extension allows the organization to work together with Chan to execute important new artistic and education initiatives, including the development of a new youth orchestra program to serve the New York metropolitan region starting in 2021. 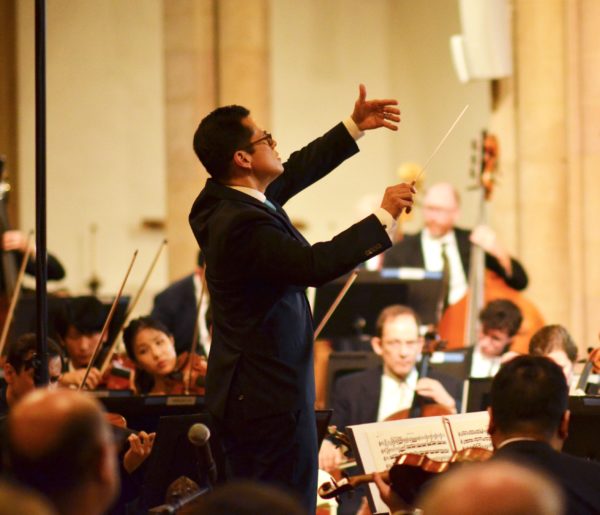 Maestro Chan was selected as the inaugural Music Director for The Montclair Orchestra in 2016, shortly after the organization was established.

Andre Weker, President and Founder of The Montclair Orchestra, stated that “David has been a primary influence in the success of the Montclair Orchestra. His artistic leadership creates an environment that inspires orchestra members to advance as musicians, and perform at a world-class level. As we continue to grow as an organization, I am thrilled that David has committed to continue in his role as Music Director, and I look forward to what is possible under his direction in the years to come.”

Under Chan’s direction, the orchestra has thrived. Most recently, they were recognized in the New York Classical Review’s ‘Top Performances of 2019,’ calling out their performance of Mozart Symphony No. 40 as one that “would best most or all of this country’s major orchestras,” and embedding the impact of the organization beyond its Northern New Jersey base and into the competitive artistic climate of New York City. Chan said of his new contract: “Working with The Montclair Orchestra over the past three seasons has been one of the most exciting and fulfilling projects of my entire career. I’m grateful for the organization’s commitment to me with this long-term contract, and for the opportunity to continue shaping the orchestra through its first decade.”