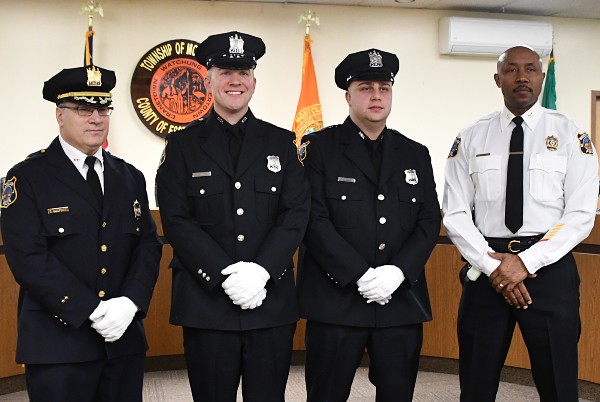 Christopher Adams is a graduate of William Paterson University as well as a Class II Officer graduate of the Essex County Police Academy.

Both officers first joined the department as dispatchers – Officer Adams in 2014 and Officer Kupchak in 2016.

Councilors William Hurlock and Rich McMahan were at the swearing-in to congratulate the officers Kupchak and Adams and to wish them well in their careers with the MPD.