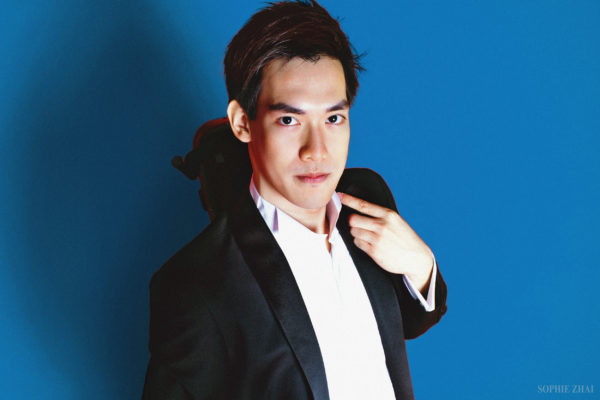 The Montclair Orchestra takes its audience on a Scottish journey led by conductor David Chan for their next concert entitled ‘Ceud Mìle Faìlte’ on March 8, 2020, at Montclair’s Central Presbyterian Church (5pm). Violinist Richard Lin, the 2018 Gold Medal winner of the prestigious Indianapolis Violin Competition, will play Bruch’s violin concerto, ‘Scottish Fantasy’. Lin, described as “one of the new generation’s most promising and gifted young concert soloists” (The Violin Channel), is applauded for his “ability to draw the audience in… with tremendous subtlety, never lacking direction” (violinist.com). Also featured on the program is Mendelssohn’s 3rd Symphony, “Scottish” and Sir Peter Maxwell Davies’ celebratory ‘An Orkney Wedding, with Sunrise’, featuring world-renowned bagpiper Kenneth Mackenzie.

Tickets and information about the March 8th performance are available online at montclairorchestra.org, or by calling (973) 435-2906.

Most recently, The Montclair Orchestra was recognized in the New York Classical Reviews ‘Top Performances of 2019’, embedding the impact of this organization beyond Montclair, into the surrounding towns and into the competitive artistic climate of New York City.

Born in Phoenix, Arizona and raised in Taiwan, Richard Lin began his violin studies at the age of four. He gave his public debut at age of eleven performing the Saint-Saëns Violin Concerto No. 3 with the Taipei Symphony Orchestra. At sixteen, he moved to the United States to follow his teacher Dr. Gregory Lee who was newly named to the violin faculty at the University of Oklahoma. In the same year, Richard was accepted to the Curtis Institute of Music and studied with respected pedagogue Aaron Rosand. He later received his master’s degree at The Juilliard School under the tutelage of renowned professor Lewis Kaplan.