Doby broke the color barrier in the American League in 1947, 11 weeks after Jackie Robinson became the first player of color to play in modern major league baseball. He moved with his wife to Montclair in 1960 and together they raised their family, living in Montclair until his death in 2003 at age 79.

Doby’s children, grandchildren and a great granddaughter were on hand Friday to celebrate the event at Montclair Brewery that included the release of the beer and a proclamation.

Although Doby has been recognized in both Cleveland where he played for the Cleveland Indians and in Paterson, where he moved to from Camden at age 14 and attended high school, Montclair Brewery’s new beer is the first recognition of Doby in Montclair.

The New York Times wrote, “In glorifying those who are first, the second is often forgotten … Larry Doby integrated all those American League ball parks where Jackie Robinson never appeared. And he did it with class and clout.”

Doby initally played for the Newark Eagles of the Negro National League in 1942 and 1943 before enlisting in the U.S. Navy. He later returned to the Newark Eagles for the 1946 and 1947 seasons until Bill Veeck signed him to play in the American Leagues with the Cleveland Indians at the end of the 1947 season. He faced constant racism and ridicule just as Jackie Robinson did in the International Leagues. Doby was an all-star for 7 of his 13 years (1947–59), which included time with the Chicago White Sox and the Detroit Tigers. He then went on to coach for the Montreal Expos, Indians, and White Sox, before Veeck made him the White Sox manager in 1978, the second African American major league manager. Doby was inducted into the Baseball Hall of Fame in 1998 for his impactful contribution to baseball on and off the field.
. 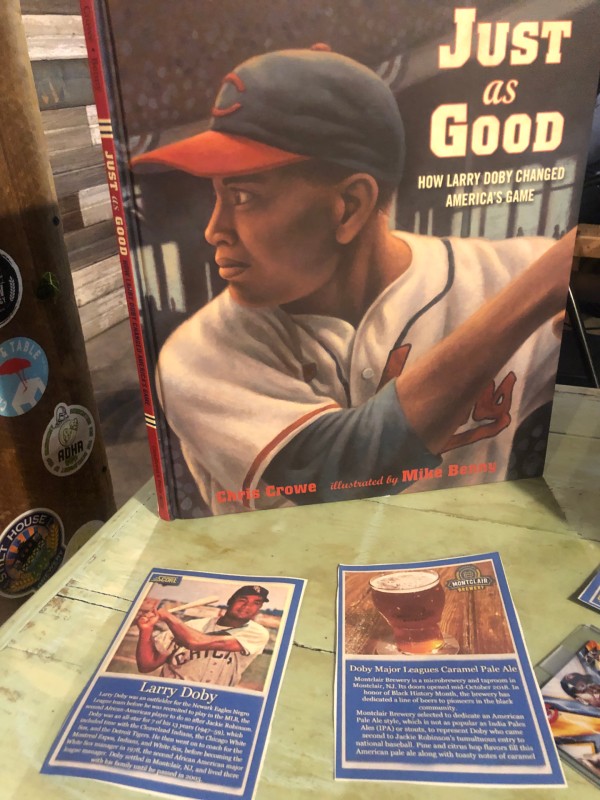 Members of Doby’s family confirmed there was a proposal years ago to honor Doby by naming a baseball field at Nishuane Park after him, but nothing ever came of it. Naming a ball field after Doby would ensure that Doby’s story will endure and inspire future generations in Montclair to take on racism and fight for civil rights.