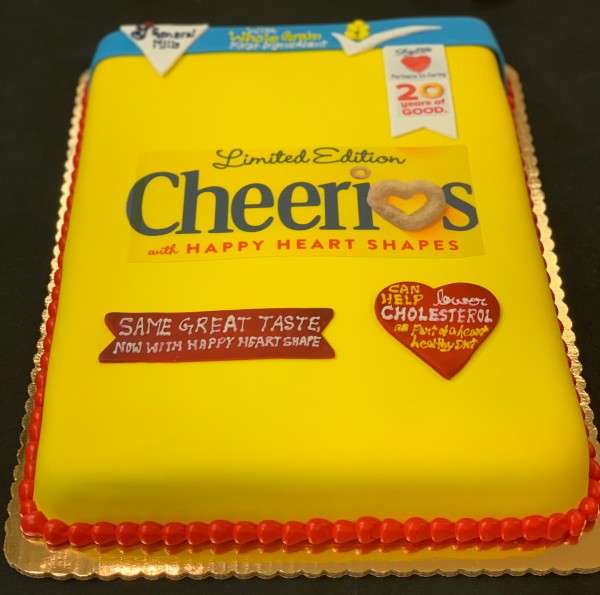 Brookdale ShopRite’s annual Partners in Caring campaign that started in September with NY Giants’ Evan Engram, and Bloomfield Mayor Mike Venezia bagging groceries at check out, culminated with an “unveiling” party Tuesday in produce for a very special box of Cheerios.

In honor of two local associates who worked especially hard to help raise these funds, Ashley Jardim (Customer Service Manager) and Jose Fidalgo (Assistant Store Manager, Non-Perishables) were nominated to appear on a special edition of the Cheerios box!

Brookdale ShopRite owner Neil Greenstein announced that his Bloomfield store raised $12,679.34 for local charities and food banks which ranked them again among the top 50 fundraisers participating in the hunger awareness campaign. The annual Partners in Caring project, co-sponsored with General Mills, also awarded a bonus check of $500 to Brookdale ShopRite that was presented to Human Needs Food Pantry executive director Mike Bruno. 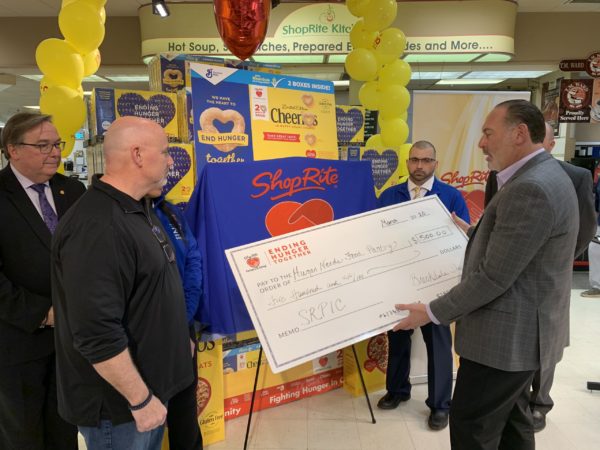 Partners in Caring actively engages both staff and customers to raise awareness about food insecurity, and help feed the hungry in our communities. During September, Hunger Awareness Month, the stores bring the community together by holding events and soliciting donations. This year, a total of $1.47 million will be donated to many local charities and food banks.

“Hunger is our neighbor, and it’s important not to lose sight of that,” Greenstein said.”We hope the day will come when hunger doesn’t exist.”

The heart shaped Cheerios with commemorative box is on sale at all ShopRites for a limited time.