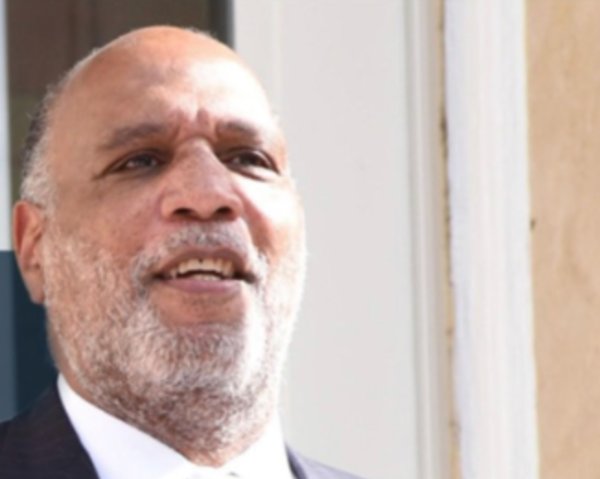 “I am proud to endorse the Montclair 2020 team in this year’s municipal election,” Jackson wrote in his endorsement announcement.

“After reviewing platforms and the candidate form, I am convinced that this Team is best positioned to carry on the unprecedented accomplishments of the last eight years,” Jackson said.

“The addition of strong members Roger Terry and Lori Price Abrams to the Team will enhance its ability to deliver high impact, sustainable results. I am confident that the Montclair 2020 teams is the best choice for Montclair!

“I also want to note that this year’s election cycle has brought some promising new faces to our attention. Lori Price Abrams will be an invaluable asset. David Cummings, running unopposed in the Fourth Ward, can make a valuable contribution. Further, while Mr. Russo and Mr. Terry have my full support and bring the experience and seasoned perspective needed during this health crisis, I believe that Mr. Cotter and Mr. Yacobellis will be leaders in the future.”

Jackson, in his endorsement of the Montclair 2020 slate, also seemed to take a dig at Montclair’s previous mayor and town council.

“If your tenure in Montclair is just a few years or more you know so much better. You know what a dysfunctional and rudderless government looks like and the calamity it produces. We cannot go back to those awful times!” Jackson said.

I have been working with mayoral candidate Dr. Renee Baskerville to help elect the local government Montclair deserves. All the positive things that got done in local government from 2008-12 happened because Renee joined Nick Lewis, Kathryn Weller-Demming, and me to make them happen:

Revitalized downtown and improved bike/ped access with South Park development, funded during the last financial crisis
introduced a grant-funded Master Plan to help turn Montclair into a model Sustainable Suburb
Brought in citizen-friendly and accomplished Township Manager Mark Dashield, with a highly-skilled and municipal attorney who saved taxpayers $$$$ by uncovering past mistakes
Appointed an outstanding judge who used community-service and alternative means of punishment to help Montclair AND offenders (he was replaced with one who had been censured for stealing from a client, was appointed judge nonetheless, and went on to steal from another client and be removed from the bench)
Reduced debt responsibly with the help of the best economists in NJ
Brought citizens more-effectively into governing through Committees and Commissions, which have been severely disempowered over the past 8 years
Governed without conflicts-of-interest, County patronage jobs, or other outside influences, including powerful developers and special interests