Owners of nearly 800 apartments in Montclair have committed to a voluntary rent freeze for the next 90 days and requested that the Township Council postpone a pending vote on introducing rent control so that the public can participate in a review of the Ordinance.

The proposed rent control ordinance is on the agenda for the April 7th Council meeting, which will be held virtually with the public only being able to participate by telephone as a result of COVID-19 restrictions.

Montclair Property Owners Association, concerned that mayoral election politics are driving an adoption of the Ordinance despite clear direction from the Governor’s office to postpone these types of activity, have also proposed a set of amendments in a letter to the Council (read here).

“In addition to being inequitable since the Council heard only from tenant advocates during its development, the proposed ordinance features unconstitutional conditions and is unenforceable,” says the letter, from Ron Simoncini, executive director of the Montclair Property Owners Association. “We cannot imagine that you will actually vote to adopt this ordinance due to the Governor’s restriction on this very type of legislative activity.”

Through its attorney Charles Gormally of Brach Eichler, MPOA also has submitted a legal opinion that not only would voting on the ordinance be in violation of Executive Orders 107 and 108, which are designed to prevent such abuses during the COVID-19 crisis, as a practical matter it deprives the voters of their right to collect petition signatures that would force a Referendum should the council adopt the Ordinance.

“Montclair citizens have a long history of applying a very practical rationale—rent control does not create affordable housing— and has avoided rent controls for 47 years,” says Mr. Simoncini. “The COVID-19 crisis is taking away from the voters the very device they need as a check and balance to bad government. This Ordinance is clearly driven by currying favor with a narrow segment of voters and ignores the impact it will have on the rest of the community. Homeowners will end up paying for this in the form of higher taxes have been deprived of a meaningful chance to be heard on the issue.”

Simoncini says that the owners of about 80% of the rental properties affected by the Ordinance have agreed to the rent increase freeze and that it is likely others would probably adhere to the practice as well. Under State law, newly constructed buildings are exempt from rent control for 30 years, so while there are more than 1400 rental properties in town, many are not subject to restrictions under the proposed Ordinance.

“We understand that the Council was influenced by the poor example of one unscrupulous owner who paid too much for their property and raised rents significantly. However, the Council’s deliberations about rent control avoided the inclusion of the overwhelming majority of ethical owners and operators of rental apartments in town. Instead, Montclair’s leaders are allowing the issue to become a mayoral election issue with each candidate vying to pander to the tenant vote,” says Simoncini. “This is a perfect example of the toxic political nature of rent control. Montclair is better than this and should actively seek to engage and consider the input from the apartment owner community who operate these vitally important businesses in town. Force feeding rent control into Montclair to create an election issue in the midst of a pandemic flys in the face of equitable policy.

“Imagine the homeowner’s plight right now: there will be a shift of tax burden to them and they cannot even attend a meeting to complain about it.” 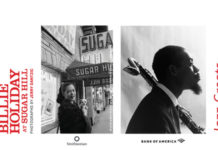 Sponsored: Rare Showcase of the History of Jazz in Newark 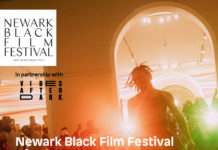 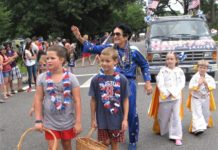 Sponsored: Montclair’s July 4th Parade and Picnic are Back!