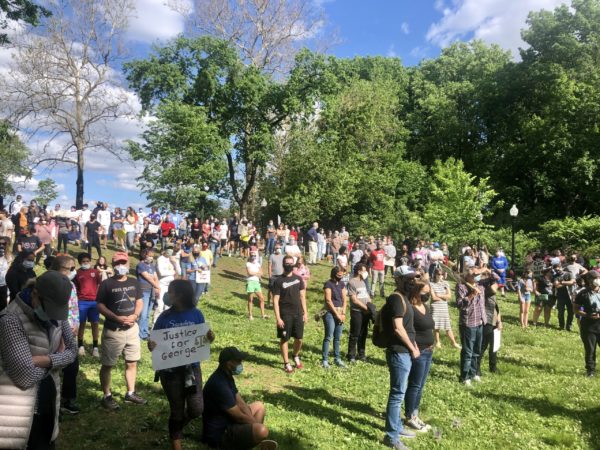 Hundreds of Glen Ridge residents, joined by a group of residents from Montclair, made their way to the gazebo at the Glen Sunday, many bearing signs, to attend a vigil against racism put together in less than 48 hours, according Glen Ridge resident John Militello, with support from the community and Glen Ridge Police Department.

“We are here to denounce racism, to acknowledge that there are two Americas when there should be one and that not only is racism real, but that we are disgusted by it,” Militello said, speaking to the crowd from the gazebo. “We are here to honor the memory of a man, George Floyd, who was senselessly murdered this past week for the world to see.” 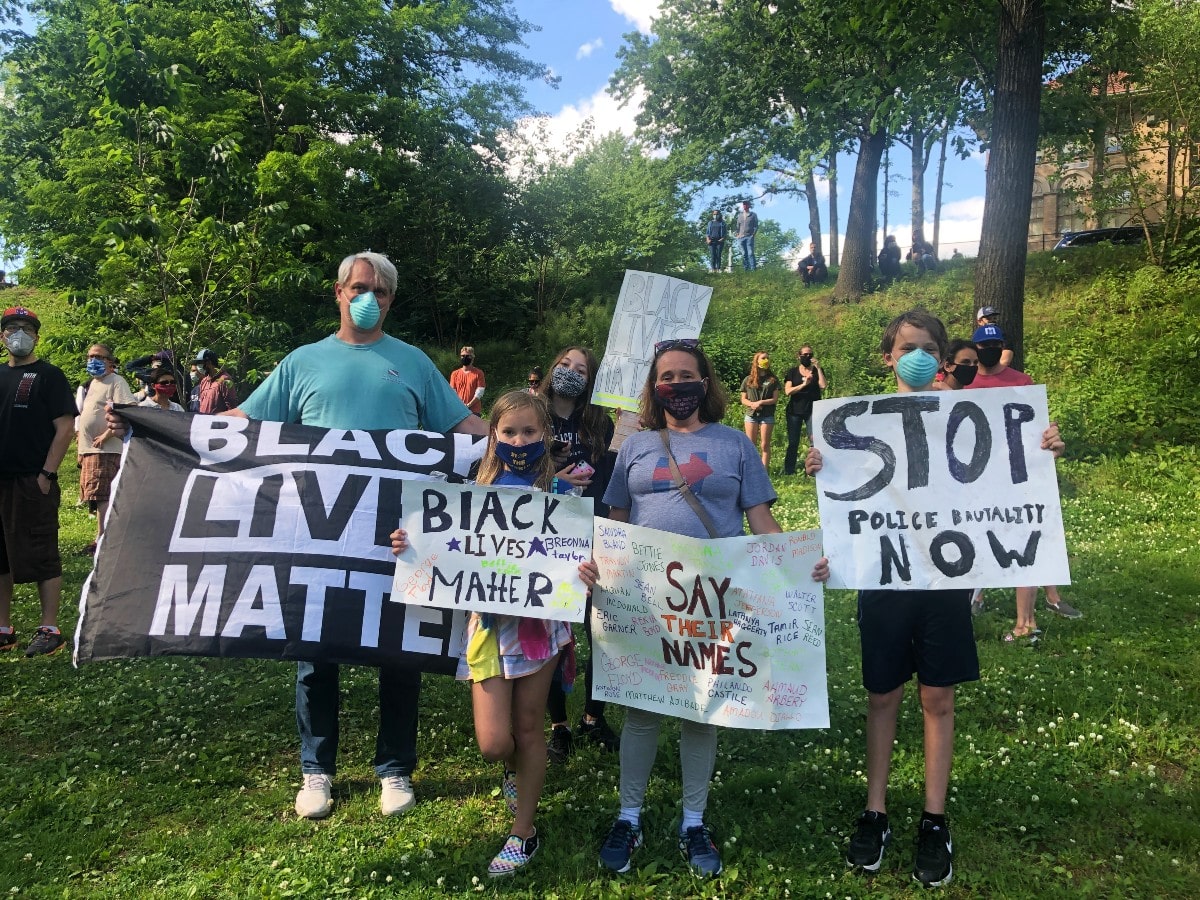 “We have to ask ourselves what are we doing in our privileged position to be an anti-racist? It starts with listening,” Militello added.

Glen Ridge Police Chief Sheila E. Byron-Lagattuta spoke next, thanking Militello for allowing the police department to “work together to bring a peaceful, timely and important statement to our town.”

“I would be remiss if I didn’t thank every member of the community, who banded together less than two weeks ago to participate in the memorial service of Charles Roberts,” she added.

Roberts, said Byron-Lagattuta, was the epitome of all things good in public safety. “If Sergeant Roberts was with us today, he would be chanting the same message as we are,” she added.

“The horrific death of George Floyd has ignited a fierce response across our nation. This tragic event requires us again to unite as a community and stand up for rights of all people and speak out against the acts of violence that took place in Minneapolis,” Byron-Lagattuta said. “The appalling acts of the officers involved only serve to contaminate and spread hate throughout our country and taint the remaining upstanding women and men of the law enforcement profession.

“In Glen Ridge, each officer on patrol wears a body-worn camera which is activated any time they have contact with the public and each car on patrol is equipped with a car dash camera. A meaningful review investigation is done each time a use of force report is generated by a Glen Ridge police officer,” said Byron-Lagattuta. “We are committed to continually learning and evolving.”

Pastor Jeff Mansfield from Glen Ridge Congregational Church spoke about the “systemic racism existing in our country for generations.”

Speaking of George Floyd, Rev. Mansfield said “his murder and his death was so much more than the death of one man. It was an assault on so many of our neighbors and an assault on the moral sensibility of all of us, and an assault, especially on the black community in America.” 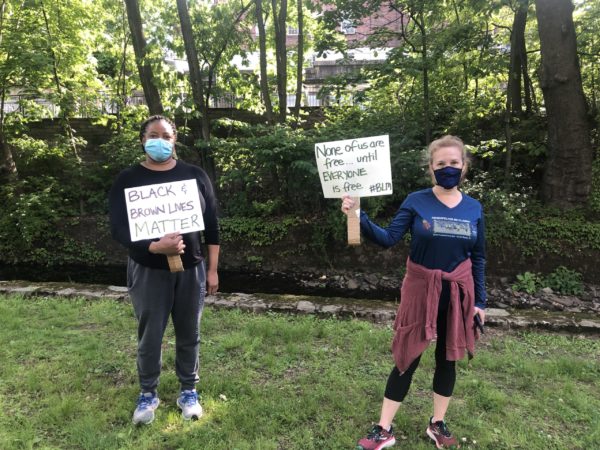 Mansfield asked everyone to hold a moment of silence in honor of George Floyd to mourn his life and his death and to take a knee during that moment if they were able. 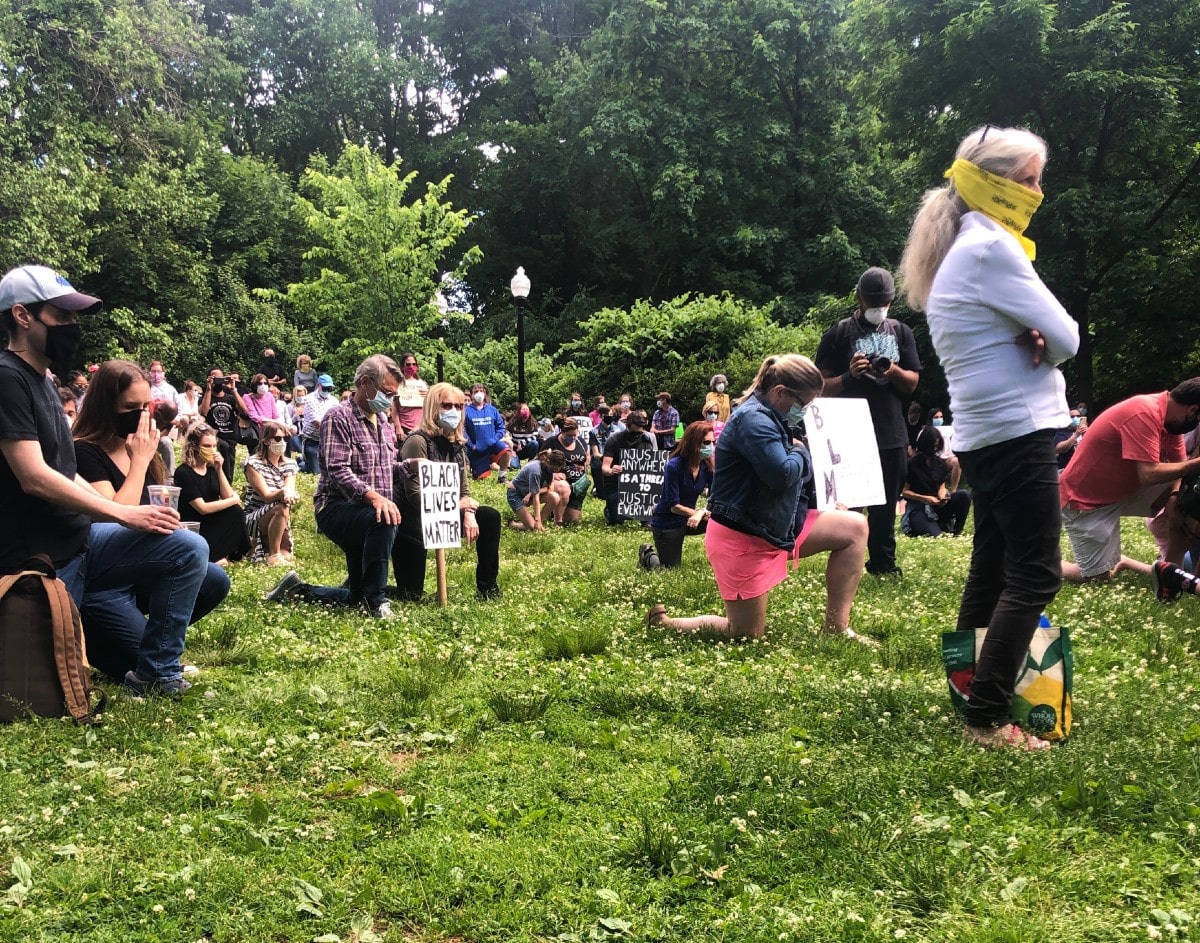 “And then we’re going to add an additional nine seconds onto that minute. One second for every minute that he was pinned to that street. One second for every minute that we all witnessed him, murdered on the street. We need this minute and these nine seconds to find our center and then we need to go out from here and we need to respond in one loud, unified voice that Black Lives Matter and police brutality will not be accepted in our communities or in our country.”

The vigil ended with the crowd numerous times responding in chants of “Black Lives Matter.” 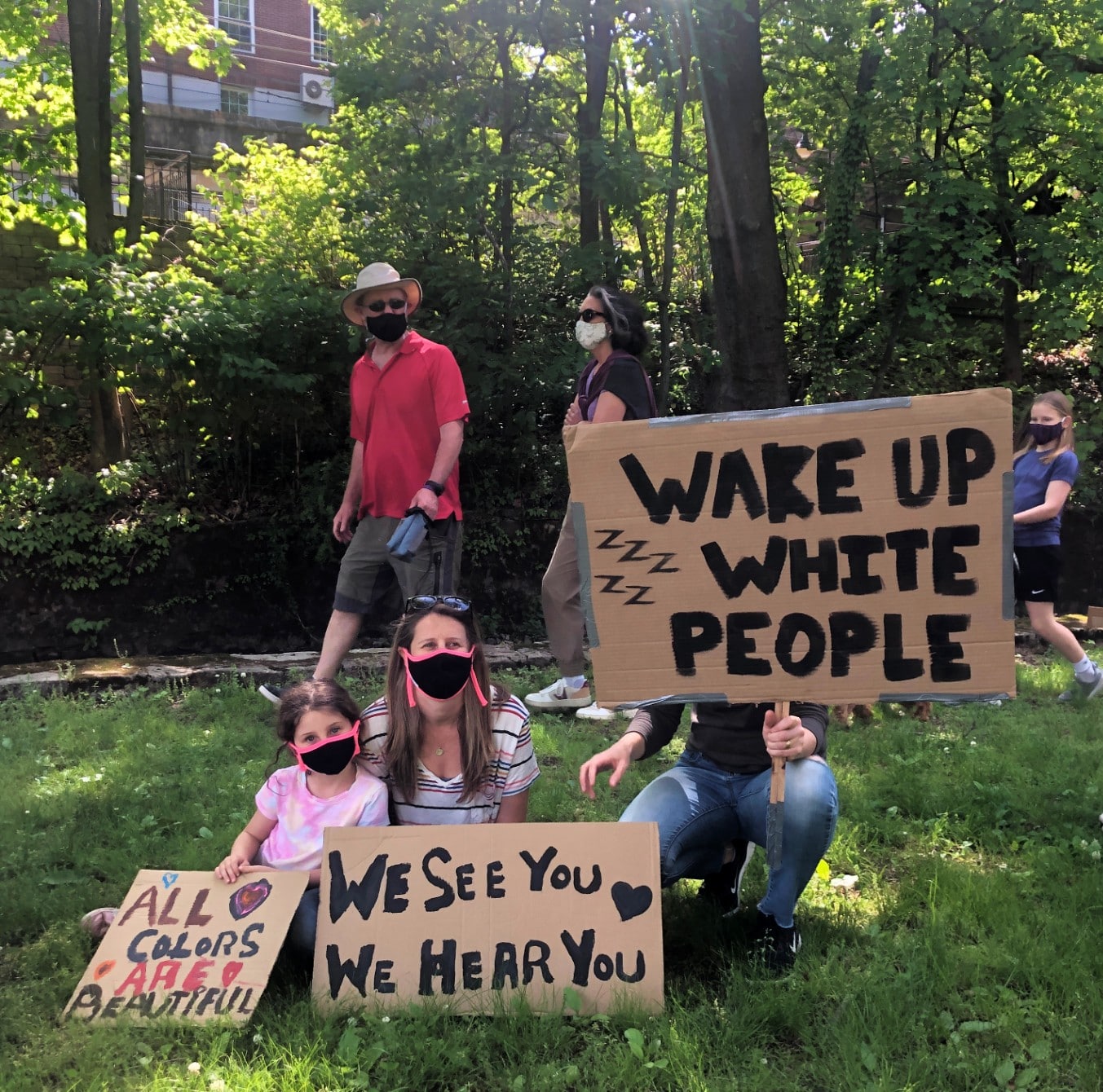 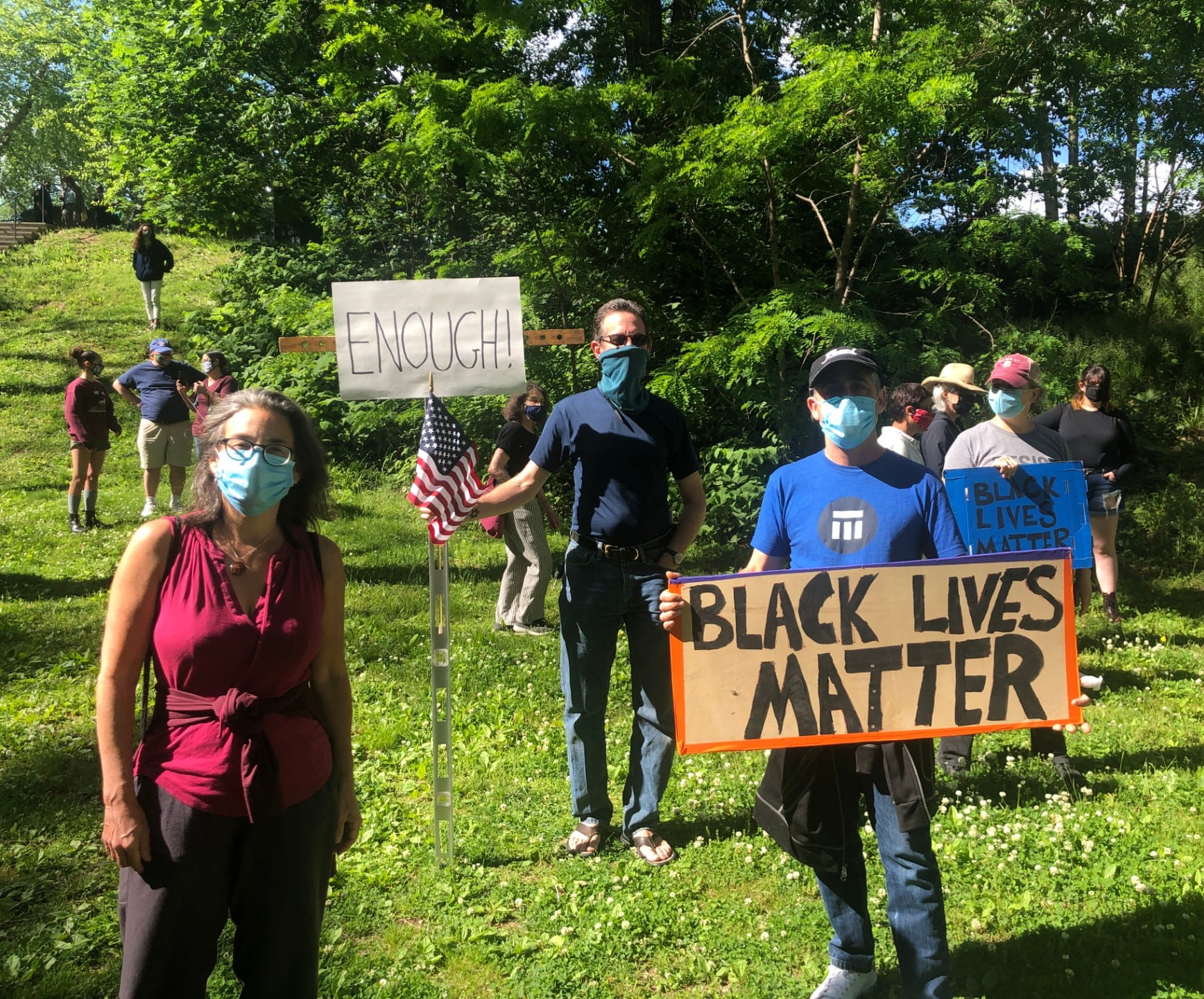