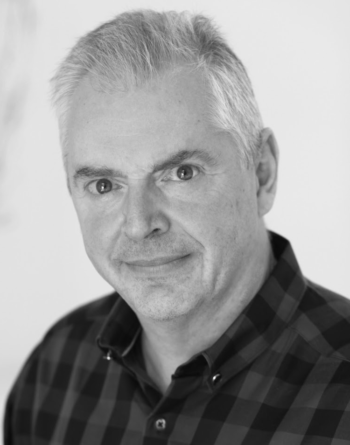 Ira Wagner has been appointed Interim Director of the Montclair Art Museum, beginning May 18, 2020. Current Director, Lora Urbanelli, will stay on as an advisor through June, when she will begin her planned retirement.

The Board had been in the search process for a new Director when the Covid-19 crisis struck and forced the Museum to operate on a ‘virtual’ basis for its exhibits and educational programs. During this time of uncertainty, the Board felt it best to put that process on temporary hold and name an Interim Director who has a deep understanding of the institution and strong relationships with both its staff and board.

A Montclair resident for over 30 years, Ira Wagner earned an MBA from The Wharton School in 1981 and worked in finance for 25 years. He became involved with the Museum in 2002 when he joined the Board of Trustees as Co-Chair, and eventually Chair, of the Finance Committee. Deciding to pursue his love of art, Wagner enrolled at The University of Hartford and earned an MFA in Photography in 2013 and has been teaching photography at Monmouth University and working as an artist. After stepping down from the Board in 2016, Wagner was hired as a Senior Staff member, working with Department Directors to improve and implement many of the Museum’s programs and initiatives.

Like Urbanelli did in 2009 amidst the Great Recession, Wagner is stepping into a leadership role during a crisis. Having been on the Board during that period, however, he believes that the Museum is in a much better place today thanks to the many achievements Urbanelli accomplished as Director for the past 11 years.

“Lora started in a crisis, but took many steps during her tenure that have helped MAM thrive. I’m confident that the Museum can weather this new crisis and come out even stronger.” said Wagner.

Since the issuance by Governor Murphy of his emergency orders on March 16, MAM has been working hard to create engaging digital content to stay connected to its community. The Museum now offers content such as Virtual Exhibition Tours, podcasts, and Cyber Studio, to name a few, and will launch its first Yard School of Art Virtual Art Classes this month and Virtual SummerArt in late June.

Wagner sees this digital content as a new opportunity that can be meaningful in the future.

“Virtual MAM was created in response to a crisis, but can be of real value going forward,” said Wagner, who adds, “With its digital offerings, MAM will be able to expand its footprint and reach a new audience, bringing with them a new base of members and supporters.”

Beginning and ending during a crisis is not how Urbanelli had envisioned her tenure at MAM, but she will leave confident that the Museum is in good hands. “MAM will remain a vibrant and revitalized arts center ready to serve its community, thanks to Ira’s leadership, anincredible team of staff, an engaged board, and the service of its volunteers.”