Montclair officials offered statements Friday regarding the murder of George Floyd, a 46-year-old black man, who died Monday after pleading for help as a police officer pressed his knee on Floyd’s neck to pin him to the ground.

Floyd was unarmed and handcuffed at the time. His tragic death has resulted in protests across the country. Fired Minneapolis police officer Derek Chauvin has been arrested and charged with murder, four days after Floyd’s fatal arrest. You can donate to the official George Floyd Memorial Fund here and support efforts such as the Equal Justice Initiative. 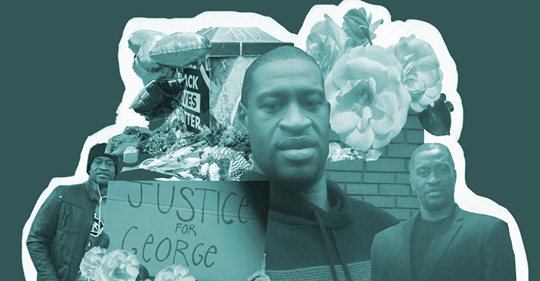 Sadly we are faced with seeing the incredible brutality, live and in full view, of yet another African American killed. Bystanders, once again unable or unwilling to intervene. The perpetrator had 18 prior complaints; yet the system in place did not prevent this needless escalation of violence.

There is something troubling going on in our society now that is enabling this kind of monstrous behavior. The escalation of violence in media, language, and behavior is growing more prevalent.

No one of color appears to be safe these days. There has been systemic racism in the United States perpetuated over many generations. As a result, a person of color, young or old, must walk the streets with extreme caution.

I grieve for the loss of Mr. George Floyd along with the many others who have been killed, some of whom are listed below:

These senseless murders cannot continue. The loss of life for these individuals is tragic in itself. The loss of civil society has never been more at risk.

We must continue to have courageous conversations with each other and seek to inspire non-violent solutions to our fears and concerns.

Montclair Public Schools is a place where these conversations take place around a framework of equity and restorative justice.

I express my heartfelt concern for the family and friends of Mr. George Floyd with a feeling of shame that this could continue to happen in the United States of America.

Black Americans have had to endure a history of pain. Again, we have been tragically reminded of this struggle in the murder of George Floyd.

No person should have to fear that living life should be met with the consequence of violence or, worse, death. But this is and has been for too long the reality for Black America.

We, as a nation, must confront this reality. That means holding bad actors in law enforcement to account.

But more than that, we need to confront the source of the bias that exists in our communities. We must ask why there is an impulse to call the police on black people who are going about living daily life.

We must call for better training of law enforcement. And most of all, we must seek to imbue our justice system with a true commitment equality under the law.

I extend my heartfelt condolences to the family and friends of George Floyd, and I share the outrage expressed by the African American community at the brutality, and complete lack of humanity, exhibited by police officers who have been trained to protect and serve the community. I also feel a deep sadness in recognizing that the events surrounding Mr. Floyd’s death cannot be described as shocking. That is the true tragedy of the events in Minnesota, and everyone in our nation should feel that their rights to life and liberty have been attacked. Unfortunately, a great majority of people in this country do not feel attacked because they view George Floyd, a black man, as different. Mr. Floyd was not different. He was a father, a brother, a neighbor. He was all of us. The sooner we realize, as a nation, that the death of a black man is just as tragic as the death of ANY PERSON, we can begin the healing process that will unite us and bring about an understanding that all life is precious.