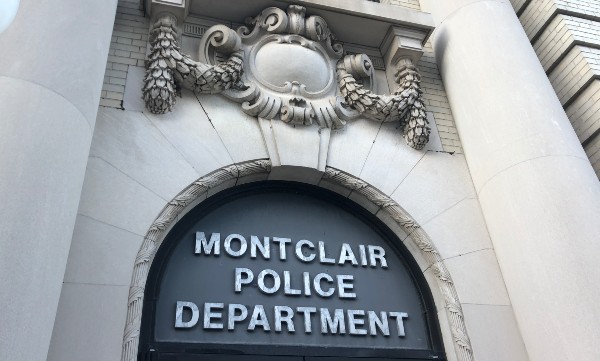 Montclair Police Chief Todd Conforti and the Township Governing Body released a statement Monday in response to the murder of George Floyd:

Our Township has long been recognized as one of the most diverse in the state, if not the nation, embracing and respecting those of all races, ethnicities, sexualities, and creeds. Like you, we are outraged by the actions of law enforcement officers in Minneapolis that resulted in the senseless death of George Floyd. The actions of these officers are contrary not only to the values of the Montclair Police Department, but to everyone in law enforcement throughout the nation who swore to protect and serve their communities. What the world has seen in the video of this horrific event, is a violent act that should not, and will not, be tolerated by any just law enforcement agency. Those involved should be held accountable not only for their violent actions, but their failure to act and intercede.

The Montclair Police Department has long viewed its relationship with our community as a partnership, continually working together to make our town a better place to live, work, learn, and explore. The Department embraces the community-oriented policing philosophy of welcoming suggestions and concerns from residents, business owners, and visitors, collectively addressing problems to improve relations. Officers specifically assigned to the Community Services Unit are directed to reach out to those community members in need and assist them in improving the quality of life in their area. The Department takes great pride in its reputation of having its members be part of the fabric of the community, often helping the disadvantaged and less fortunate and serving as coaches and mentors to the youth.

The residents of Montclair should be assured that the members of the Police Department will continue to strive to provide the level of service and professionalism that the community has come to expect and deserve. In recent years, the Department was recognized by receiving accreditation from the New Jersey State Association of Chiefs of Police, which acknowledges that our policies and procedures are conceptually sound and operationally effective. Officers are required to attend training in use of force twice a year and all use of force incidents are to be administratively reviewed by a supervisor and the Department’s Professional Standards Bureau. Deviations from Departmental use of force policies or failure to intercede when an officer is seen violating a law could result in disciplinary actions or criminal charges against the offending officer or officers.

Chief Todd Conforti joins Mayor Robert Jackson, Mayor-elect Sean Spiller, Deputy Mayor Rich McMahon, Councilman William Hurlock, Councilwoman Robin Schlager, Councilwoman Renee Baskerville, Councilman Robert Russo, Councilwoman-elect Lori Price Abrams, Councilman-elect David Cummings, Councilman-elect Peter Yacobellis and Acting Township Manager Timothy Stafford in voicing support for the family of George Floyd and all those throughout the nation mourning his senseless death. We hope that, as a community, we can emerge from this inexplicable tragedy with increased compassion, understanding, and empathy for one another and a renewed pursuit of justice and equality for all.