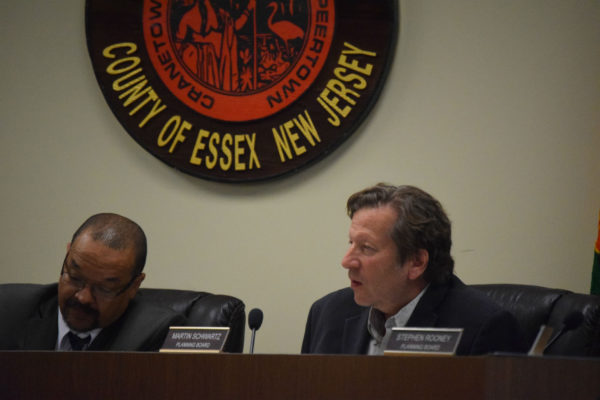 Montclair’s newly elected town council is scheduled to be sworn in on July 1 (that’s of course, barring any action that might take place due to a complaint filed in Superior Court by Dr. Baskerville and others, as part of a Your Voice, Your Vote Montclair movement.)

Mayor Elect Spiller will have some decisions to make, upon taking office, and one affects the composition of the Planning Board. Montclair Mayor Robert Jackson appointed Martin Schwartz to serve as his designee on the Montclair Planning Board, when he stepped down from the Planning Board in 2015. At that time, Jackson said “Martin has been an important voice on issues, especially the master plan.”

Linda Cranston of SaveMontclair Coalition, joined by additional community signers, sent the following letter to Mayor Elect Sean Spiller and Councilors Elect Peter Yacobellis, Bob Russo, William Hurlock, Robin Schlager, Lori Price Abrams and David Cummings, asking for Schwartz, who has been a vocal member of the Planning Board, to remain on it.

As the Founder of SaveMontclair a coalition of nearly 500 members who are supporters of better planning and preservation, I wanted to reach out during this transition period to express the importance of maintaining Mr. Martin Schwartz on the planning board. The loss of his extensive knowledge and commitment would be a great disservice to residents of Montclair.

Mr. Schwartz has worked tirelessly during these years, consistently demonstrated clear and detailed understanding of the complexities of development for the town and neighborhoods. On many occasions he is the lone voice willing to state what needs to be done for project improvements or to respect zoning by eliminating excessive variances not in the public good.

Thank you for your time and attention.

Adriana O’Toole, Board of Trustees, Aging in Montclair