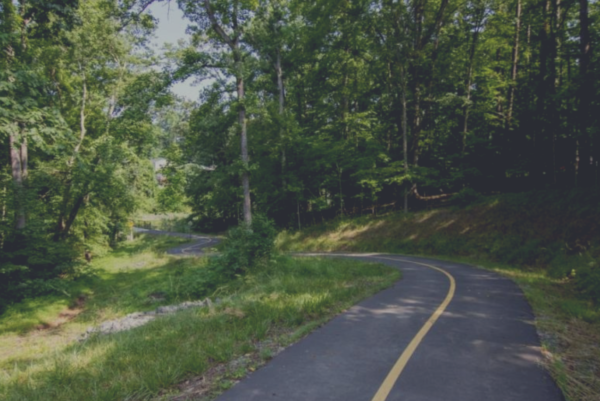 The vision of the Essex Hudson Greenway is becoming more real.

“The Essex Hudson Greenway will be more than a biking and walking trail. It will be an 11 mile stretch of outdoor recreation space starting in Montclair, ending in Jersey City, and passing through 8 different municipalities along the way,” says Essex County Freeholder President Brendan Gill. “The residents, and visitors, of those communities will have new areas to walk, ride bikes, and enjoy the outdoors with their families. The EHG will also provide new commuting options for people who work and live in close proximity to the greenway, and there will be new business opportunities with the influx of foot traffic created by this initiative.”

Gill, who has advocated for this project for over 10 years, says he is happy about this latest major step toward its completion with the imminent acquisition of the land to be used by the Open Space Land Trust.

As NJ Digs recently reported, on June 19 Norfolk Southern Railway, based in Virginia, got the ball rolling on selling property to the non-profit conservation group, Open Space Institute Land Trust (OSI). The Railroad company owns an 8.6 mile tract of land that was part of the old Boonton line. It hasn’t had train traffic since 2009. That stretch of track goes through Montclair, Glen Ridge, Bloomfield, Belleville, Newark, Kearny and Secaucus.

“The Essex Hudson Greenway (EHG) is a transformative initiative for Northern New Jersey, and a blueprint for what communities all over the country can do to enhance open space areas, while improving the quality of life for the communities they serve,” adds Gill.

In 2018, Gill announced the collaboration between NJBWC and the September 11th National Memorial Trail (NMT) Alliance for the development of the Essex-Hudson Greenway.

Another possible, longer-term goal, could be linking the Greenway to the New Jersey section of the East Coast Greenway: a multi-state recreation trail that runs from Florida to the Canadian border in Maine.