If you were bummed when Free Comic Book Day, typically the first Saturday in May, was cancelled, there’s good news! Tomorrow kicks off something new, Free Comic Book Summer! Even if you’re unfamiliar with this annual event, you’re in for a treat! 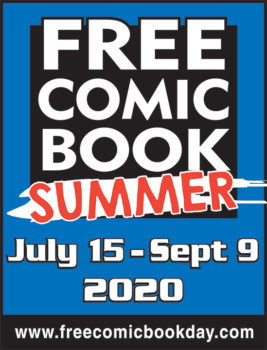 Free Comic Book Day celebrates the love of reading and comics. Participating comic shops typically open their doors to distribute a multitude of free comics to fans and newcomers alike. There’s usually a great mix of books for adults and kids and many shops host a variety of fun events. It’s an exciting event that can be enjoyed by community members of all ages.

This year, due to COVID-19, comic shops across the country cancelled their Free Comic Book Day events. It was recently announced that while the day wouldn’t happen, we could now anticipate Free Comic Book Summer. Each Wednesday, beginning July 15 and running through September 9, a handful of titles will be released and available at participating shops. While the selection can vary from store to store, there are plenty of kid-friendly and all ages titles.

Local comic shop East Side Mags (7 South Fullerton Avenue, Montclair) can usually be counted on for its outstanding events and, even with this change, they won’t let us down. Owner Jeff Beck says, “Free Comic Book Day, er, SUMMER, is going to be super interesting (pun intended)! We had a lot of plans for FCBD, but since everything has been thrown in a blender with reckless abandon, we’re going to drink whatever comes out and adjust our plans accordingly. We’ve shrunk down the number of free comics we usually order but will still have some each week. We’ll be giving them away to anyone who buys anything, from a $1 comic or button to a $500 statue.” 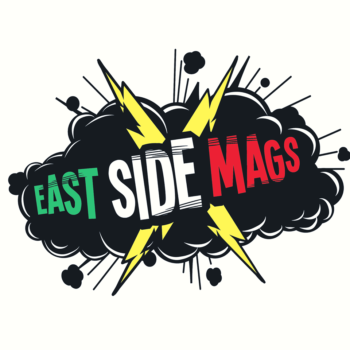 Wondering what kinds of books you can snag? In addition to independent publishers, fans can usually expect the big players like DC Comics, Marvel Comics, and others to offer up titles, and as usual, they all came through. These free comics are a great way for readers to discover new characters and enjoy old favorites. One of the best things about comics is they can appeal to everyone. Comics geared towards children and young adults abound. No longer just your stereotypical superhero stories, there’s no shortage of pop culture icons and new characters to discover.

While costume contests and other events can’t go on as in previous years, Beck tells us he still has something up his sleeve. He says, “We had already purchased a whole bunch of canvases that we’re going to nail together to build a GIANT canvas for the community to paint on every Saturday until September 12, from 12:00 PM to 5:00 PM. Then we’ll break the canvas down into smaller canvases and raffle them off with 100% of the proceeds going to support Allwood Play & Learn in Clifton, NJ. Masks will be required, and social distancing will be in full effect, but there’s tons of (safe) fun coming to East Side Mags this summer!”

For more information about East Side Mags, visit their website here.

For more information about Free Comic Book Day/Summer, visit their website here. You can also use the site’s participating store locator if you won’t be in Montclair on any particular week.