Skateboarders all over Montclair rejoiced as the ribbon was cut on Saturday, signifying the opening of a temporary skatepark near Montclair High School. 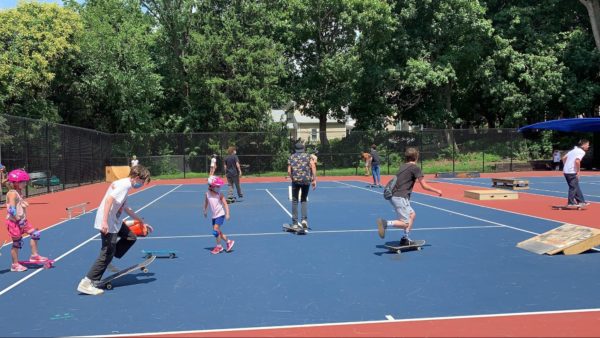 This temporary skatepark takes up two tennis courts at Rand Park and is open from 8 AM to 8 PM. While the space is temporary, Mayor Sean Spiller and the skateboarding community are optimistic that the tremendous support for this increasingly popular sport will lead to a permanent home. 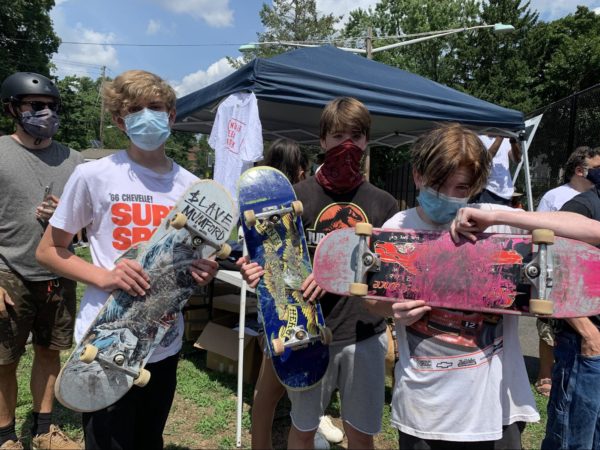 Although the push for a skatepark goes as far back as 2005, Antonello Terrana, a rising senior and founder of the MHS skate club, was instrumental in advancing the cause by launching a petition, which collected 3,438 signatures.

“We need a legal place, a safe place to skate,” said Terrana. “Basketball players, tennis players, even swimmers have a place to go.” 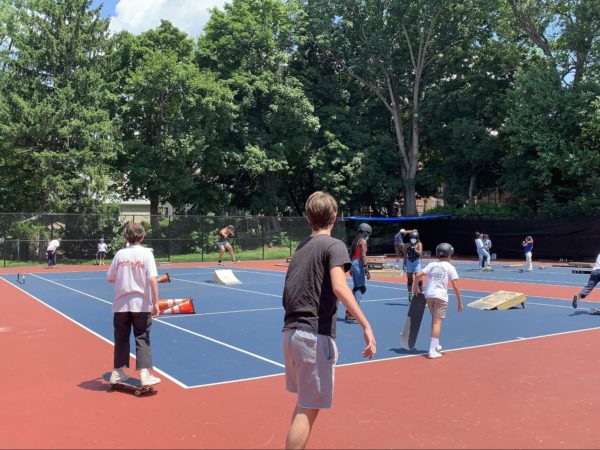 Jamie Siwinski, a Montclair High School English teacher who is an advisor to the high school skate club, credited Robin Schlager, Renee Baskerville, and the rest of the town council for working hard over the last few years to make the skatepark a reality. Siwinski also said that the fact that neighboring towns have been building skateparks was “part of the push.”

Paul King, one of the founders of the community group Skate Essex, said they gained momentum from a free skateboarding event around Halloween, which offered kids lessons. They expected around 40-50 kids and ended up with over 200.

King was especially excited by the number of girls who participated in the Saturday’s girls-only skating session before the ribbon cutting ceremony. King said the purpose was “to give girls a safe space because sometimes it’s intimidating with all these boys here.” He had expected about 15-20 girls, but more than 60 showed up.

One of them was Amira Mutakabbir, a rising senior who has been rollerskating for seven years. She was thrilled that MHS was giving attention to skateboarding and roller skating, in addition to more established sports.

King said that “all the elements you see were donated by parents and kids.”

Looking ahead, Mayor Spiller said that there will be lots of challenges including finding a permanent location and funding sources. Standing in the 90 degree heat, he continued: “It’s really hot, but there are so many people anyway, and that really speaks for itself.” 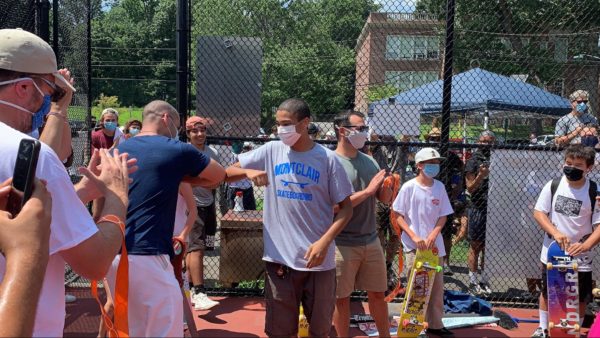 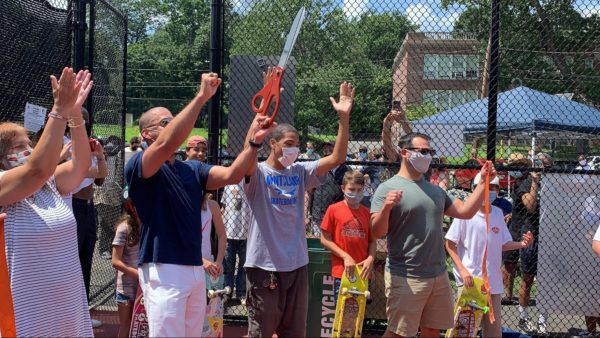 Georgia Chen is a rising senior at Montclair High School.