Montclair’s Joel Carino is keeping his day job, but his recent chapter book, BOY FALLING, reveals his passion: writing books for young readers. He and his wife Emily, children Harry and Liliana, and their parakeet (Ruth Bader Ginsbird) and dog (Chloe) have lived in Montclair for over a decade where both children attend Montclair public schools. Joel’s book-writing talents go back many years; he wrote coffee table books “a few lifetimes ago.” More recently, he has written and illustrated two children’s eBooks, My Daddy and When I’m Ready, which was just recently released. Joel’s first venture into middle grade novels is BOY FALLING, a chapter eBook that delves into adolescent insecurities and challenges by bridging the real world and the dream world.

from the synopsis: Life is spiraling steadily downhill for eleven-year-old Abel. He’s no good in sports, a bully is picking on him, and his relationship with his family, especially his dad, is deteriorating. But when a part of Abel—his essence—falls through his mattress into a dream world and gets stuck there, both parts of Abel—his physical self and his essence—must each set off on parallel quests in search of one another if Abel ever hopes to be whole again.

Written with thoughtful and relatable language, the book is a wonderful read for middle grade readers and their families. Kids may recognize their own feelings and experiences and the adults who love them will remember some of the discordant emotions that guide everyday adolescence. Joel Carino shares some of his thoughts about the novel below.

Baristanet: BOY FALLING seems to be about families communicating with and supporting each other. The main character, 11-year-old Abel, is searching for his “purpose” even as his father is doing the same. How did the idea of creating a dream-world for Abel to search for his purpose come about?

Joel: I didn’t set out writing this story with any set themes, or even a firm idea of what would happen. The original idea for the novel came as one of those “what if” ideas. In this case, “What if your dreams are not imaginary places, but are real, alternate worlds, and your mattress is the door there and back?” And “What happens then if your mattress is thrown out?”

Searching for purpose is part of the theme, but Abel also realizes that there has to be purpose and meaning to the things he does. He learns that purpose is empty without any meaning behind it. I think that the parallel searches for purpose and meaning that Abel and his dad are experiencing are sort of like how life works—we don’t only experience growing pains in our youth, but throughout our lives. I guess you could say that this is a coming-of-age story for both Abel and his father (although maybe it’s a coming-of-middle-age story for the dad). 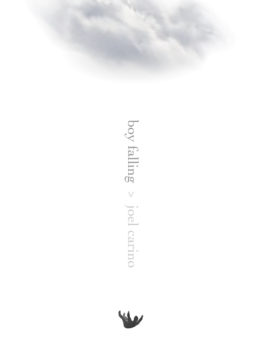 Baristanet: Boy Falling seems to hearken back to The Phantom Tollbooth and A Wrinkle in Time, The Wizard of Oz, or even The Lion, The Witch, and the Wardrobe. What were some influences on your writing?

Joel: I can’t really name any particular influences for the novel. I’m not all the well-read in the children’s fantasy world. While it does have fantasy elements, I don’t really think of Boy Falling as a fantasy novel. It’s structured with two parallel storylines, one in the “real” world, and one in the “dream” world (although both worlds, in this case, are real). These storylines run in parallel with the main character, Abel, in both worlds trying to find his other half.

Baristanet: Boy Falling is more grounded in our reality than those examples, with alternating scenes of Abel’s life in school and with his family, but the dream world gives him a chance to face fears. How did the format of the novel develop?

Joel: The novel basically follows a structure of alternating chapters—one chapter with part of Abel in the “real” world, and the next with another part of him in the “dream” world. I didn’t plan it out this way, but it slowly started to make sense as I wrote. The novel begins with Abel ruminating about his terrible day, then falling into the dream world as he sleeps. Soon, a part of him, which I call his “essence,” becomes stuck in the dream world. So, now there are essentially two different Abels—the physical Abel in the real world, and the essence Abel in the dream world. They both realize that they must find each other and reunite again, so they each set out on their separate journeys in their separate worlds trying to find each other—trying to find himself, really.

Baristanet: Abel’s anxieties and relationship with his parents drive the narrative. How did the events and interactions develop in the story? Were they inspired by real events?

Joel: Yes and no. I think most fiction writers draw on real events in their lives to give their work a feeling of truth. I can tell you that, for instance, the scene where Abel forgets his lines in the middle of a school play is absolutely based on a real event in my life. But for the most part, I’ll just say that any resemblance to persons living or dead is purely coincidental.

Baristanet: Abel comes across characters who are performing their “purpose,” but it’s unfulfilling because it’s in a vacuum. How do you define purpose as it’s used in the novel, and what do you want readers to learn about it?

Joel: In a vacuum—that’s a good way of putting it. In the “dream” world, Abel comes across characters who are stuck doing things they consider to be their purposes in life, but they don’t know why they’re doing those things. They’ve long forgotten whatever reasons they had for doing what they do and are now laboring on autopilot, like robots. I think that’s something many people experience at some point in their lives. They’ve been driving hard for so long to become something or achieve something, but once they get there, they often find there’s no meaning in it for them. But many just continue on, slowly becoming numb to their own needs, desires, and ambitions. Abel realizes that that’s no way to live.

I think of purpose as a thing that a person does for a specific reason. That thing might be the school play, or a sport, or a job. The reason might be because it’s fun, or because someone else wants you to do it, or for money. Abel realizes in the novel that there can be positive reasons for doing something, and there can be negative reasons. Or there can be no real reason at all. His journey is to figure out how to do the thing he wants to do for the reasons he feels are right for him.

Baristanet: Abel and his father seem to be opposites in many ways, but eventually the reader sees that they are very similar. How do both adolescence and middle age, with all their uncertainties and struggles affect the story?

Joel: That’s a great question. I think the novel explores how life is a series of those uncertainties and struggles that are different situationally as we age, but are really essentially the same: Who am I? What does my life mean? Does what I’m doing matter? We adults in middle age often like to think that the struggles of adolescence are long behind us. But the novel explores the idea that as Abel tries to find who he is in his adolescent world, so does his father in his adult world.

Baristanet: At the beginning, Abel’s father tells him that his problems all come down to confidence, and that he doesn’t understand why Abel doesn’t have any. Many parents have said similar lines to their children. What do you hope caregivers learn from the novel?

Joel: That’s a big question. Yeah, in the novel, Abel’s dad often does and says things that have the opposite of the intended effect. Telling someone their problem is that they lack confidence is a sure way of lowering that person’s confidence further. But another character, near the end of the novel, says something to the effect of, “You will encounter many obstacles in life; try not to be one of them.” That’s essentially the same message, but delivered in a more compassionate way. Ultimately, I think that’s what both Abel and his parents learn—to look at each other as individual human beings, with individual desires, interests, talents and faults. Maybe that’s a good takeaway.

Baristanet: When did you start writing BOY FALLING? What prompted you to create a full-length novel as opposed to a collection of short stories or a novella?

Joel: I had been in a bit of an extended funk when I first got the idea for the novel. I needed a project to help me help myself, but I worried that I lacked the necessary will to finish it, so I set a ridiculous deadline of one month. I had only the vaguest idea of what would happen and no clue how long the novel would be. I ended up finishing the initial draft in just over three weeks. In some ways, I don’t feel like I decided that it would be a novel. It was more like the story dictated its own terms. Often I felt that I was just along for the ride. But it was a good, satisfying ride that had the wonderful side effect of pulling me out of that funk.

In the course of my job, I’ve written many, many short stories. As a result, I started to think that I didn’t have it in me to sit down and write anything of this length. It was good to learn that I did. I think a deadline was key for me. So if anyone has an idea for a novel bumping about in their heads, I highly recommend giving yourself a completely unrealistic deadline, and then sit down and try to hit it.

BOY FALLING is available on Apple Books for free, and for Kindle for 99 cents.

In addition to BOY FALLING, Joel has recently published his second children’s illustrated ebook, “When I’m Ready,” available on Apple Books for iOS devices (iPad and iPhone). This ebook joins another he wrote and illustrated a few years back, called “My Daddy.” Each of these was inspired by one of his kids. He hopes parents with young children enjoy them as he had a great time writing and drawing them.