When Cheryl Marshall-Petricoff, Director of Development for Lamp for Haiti, the community based medical clinic in Cite Soleil, one of the poorest neighborhoods in Haiti, was planning its fundraiser for September 24, she thought about Passing Notes. The Montclair High School acapella group has participated in past Galas and fundraisers and drawn raves. Of course, this year’s Gala is different; it’s virtual and what worked in the past might not work now. But a call to MHS junior Molly Brumbach reassured her that not only could the students pull off a digital performance, they would be thrilled to do it.

Senior Bobby Axelrod, who co-leads the group with senior Destiny David, said, “It is so wonderful to perform again and even better, for such a good cause.” The student-run group got busy toward the end of July, rehearsing individually John Lennon’s “Imagine.” After more than six weeks of Zoom sessions, Facebook meetings and countless texts, nine of the singers submitted a filmed version of themselves singing their part. Bobby collected the clips, saved them in a Google folder and submitted it to Marshall-Petricoff. “It has been a great process,” she said. “We have a real connection; Passing Notes has been supporting the Lamp for some time; they are terrific.”

“The magic of technology will bring the performance to what we hope is a large audience,” Marshall-Petricoff said. “And, with that same magic and a little luck they will be joined by musicians in Haiti singing “Imagine” too. We hope to create a choral connection, even if virtually”

Haitian culture and art will also be represented by famed Haitian drummer, Gaston “Bonga” Jean-Baptiste. Haitian drumming can be a key way to communicate joy and sorrow, and a call to action. “We will open the program with Gaston to call our attention to Haiti and its need for healthcare and hope,” Marshall – Petricoff said.

It’s been a difficult year to be hopeful. But Lamp for Haiti has been relentless when it comes to serving its people and keeping hope alive during these unprecedented times. Closing the clinic doors for only three weeks in March, the staff used the time to prepare for more thorough virus prevention procedures. And when it reopened, the mission included food distribution, provision of hygiene kits including buckets with spigots, soap and disinfectant. Since most of the families in the Bwa Nef neighborhood the Lamp clinic serves do not have running water or electricity, virus transmission prevention is a huge challenge. The Lamp has distributed thousands of face masks and has increased its weekly health education sessions to keep the community safe. And consequently, the need for financial support has never been greater.

The Health & Hope Virtual Gala will also include messages from Co-founder, Dr.James Morgan and Lamp Executive Director, Nose Poliard. Video updates about the Lamp Health Center and a Fund-the-Mission paddle raiser will complete the program. Additionally, an online auction for a chance to win valuable goods and services will support medical care for Haitian families in enormous need. Bidding on the silent auction opens September 17 and ends at the close of the virtual gala September 24.

This year’s Health & Hope Gala may be the Lamp’s most important fundraiser to date. And it is a chance for supporters of the Lamp to come together at a time of isolation and need for so many. Dr. Morgan pointed out that so many parts of the world have been isolated from countries and people who have in the past offered help, as countries and people turn inward, addressing their own needs.

“Organizations like the Lamp are crucial for bringing together communities of the caring to support people like the residents of Bwa Nef in Haiti,” he said. “They have suffered more than most in these trying times.”

The community is invited to tune in to the Health & Hope Virtual Gala September 24 at 8 p.m. 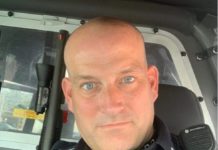 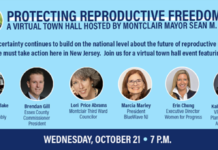 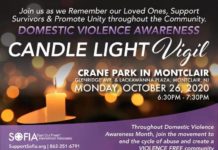