Montclair residents have flooded social media with images and complaints about receiving multiple text messages from Montclair Property Owners Association (MPOA), after a judge ruled that the Township had to hand over its contact list to the MPOA. Now the MPOA has released an “open letter to Montclair voters,” stating their position regarding the rent control ordinance and the “division this has caused in Montclair.” 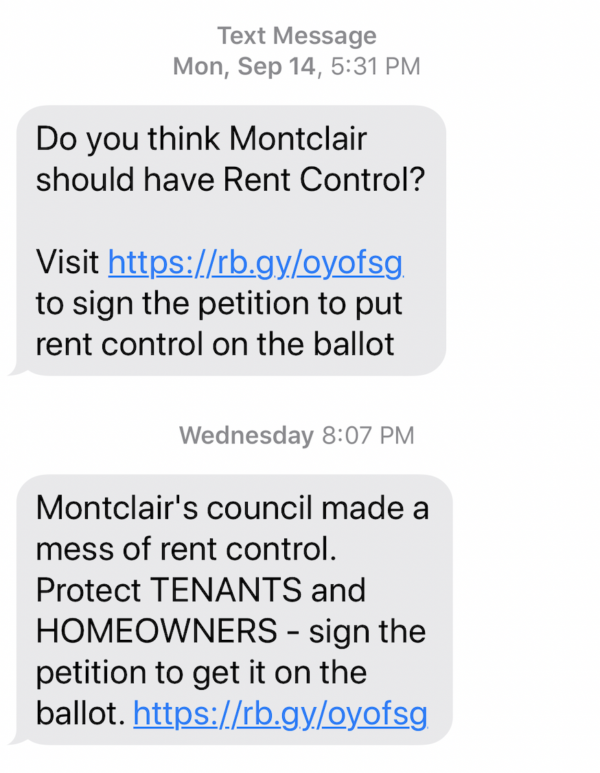 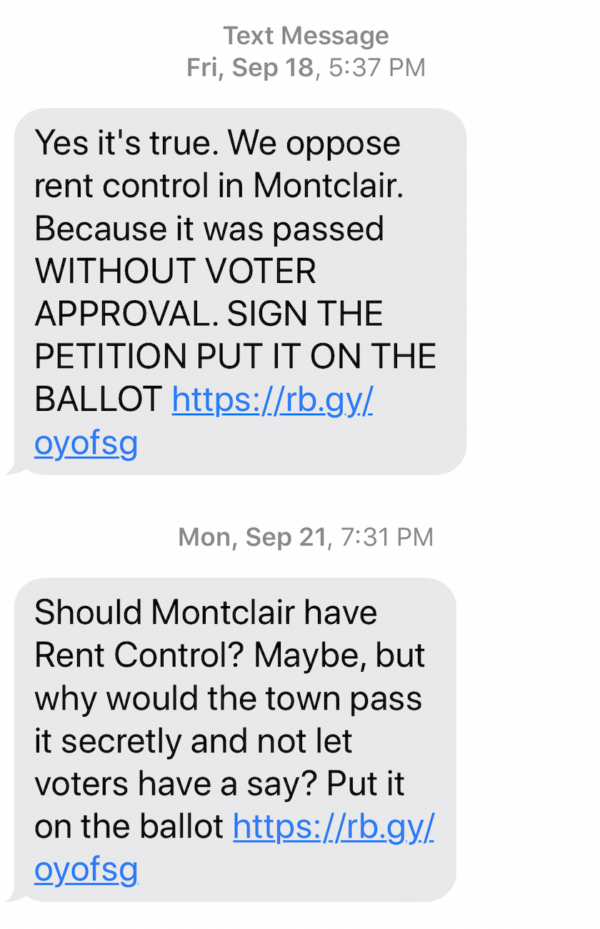 The letter is published in full below:

The Montclair Property Owners Association [MPOA] filed its petition with the Town Clerk to put the Council’s Rent Control Ordinance up for a referendum vote.

There has been much misinformation and misrepresentation of the facts spread by the Council surrounding this effort regarding the circumstances and motivation behind it.

MPOA would like to address your concerns and firmly state our position on the issue: