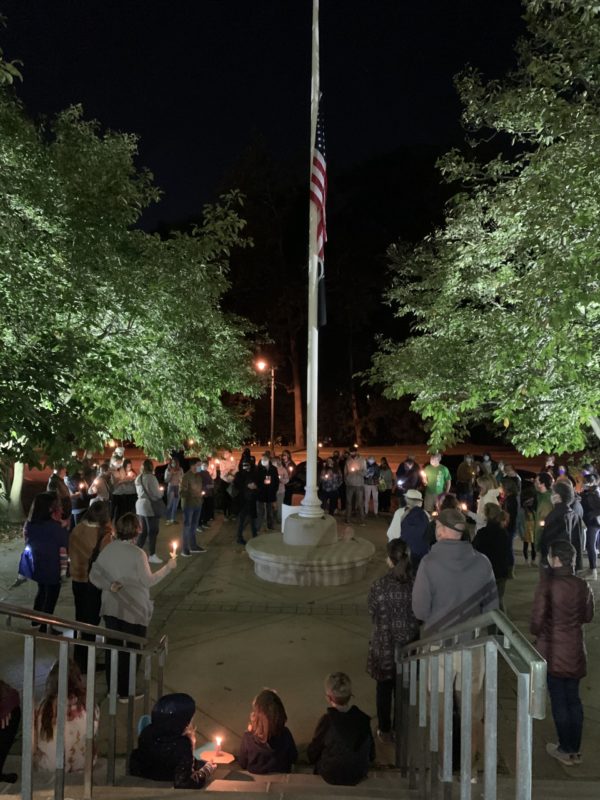 Glen Ridge came out Saturday evening to remember and pay tribute to Supreme Court Justice Ruth Bader Ginsburg who died Friday at age 87. Some 50 people gathered at town hall for a candlelight vigil where the flag was flown at half mast.

The vigil for Justice Ginsburg, one of many held across the country, was organized by Kirsten Faurot. Residents were encouraged to meet at town hall at 8 p,m. with a candle to honor the memory of Ginsburg, known by her initials RBG.

Diane Schaming sang an aria to honor the Justice’s love for opera. Ginsburg and Justice Antonin Scalia famously bonded over a shared love for opera, depicted in the documentary “RBG”.

“History it watching all of us,” said Breslin. “Now is a time to take this sadness and fear and turn it into action.”

Breslin encouraged attendees to honor RBG by signing up for Sunday’s phone bank to call Pennsylvania voters with Glen Ridge Dems and Blue Wave or for a postcard writing effort to reach Michigan voters.

Earlier in the day, a Rosh Hashanah service was held in the Glen where the group said Kaddish for Ginsburg. 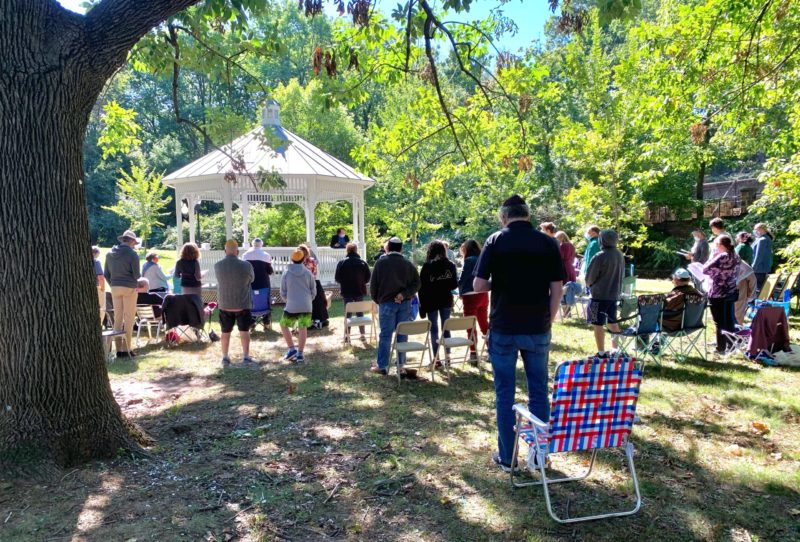 A Jewish teaching says those who die just before the Jewish new year are the ones God has held back until the last moment bc they were needed most & were the most righteous. And so it was that #RBG died as the sun was setting last night marking the beginning of RoshHashanah