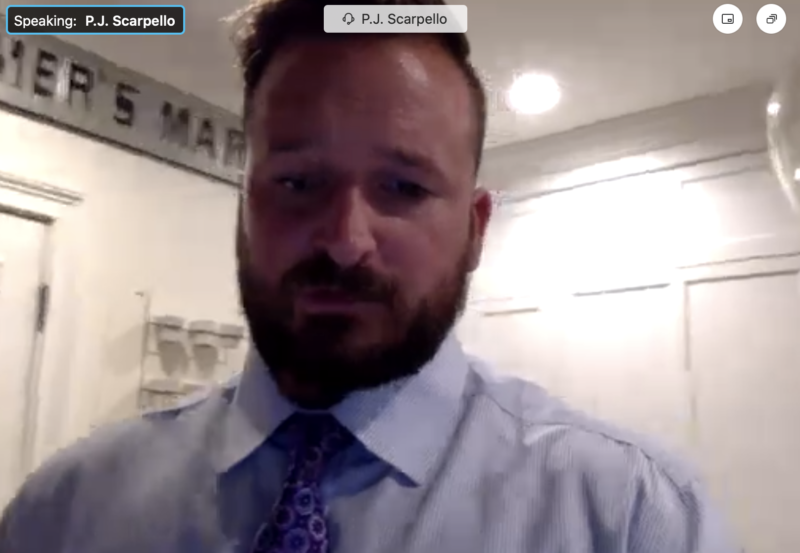 Scarpello announced upcoming games for boys and girls soccer, football and girls field hockey and said that there will be spectators for games beginning in October.

Each student athlete will be allowed to bring two family members to cheer them on as spectators in the stands; spectators will be socially distanced, sitting six feet apart. Games will also be live streamed, so if family members can’t attend or are worried about attending, they can still watch the games from home.

Scarpello said that due to COVID-19, many changes had to be made, mentioning how locker rooms could not be used and that the team members have to undergo daily screenings including temperature scans. Scarpello thanked the district’s medical advisory team for helping to keep everyone safe.

Despite all the good news about fall sports, Montclair High School’s Girls tennis team has been forced to delay the start of its season, due to concerns over possible exposure to COVID-19.

Scarpello did not mention the delay of the tennis team season at the BOE meeting, but told Baristanet by email that coaches and athletes of the girl’s tennis team may have been exposed to COVID-19.

“Out of an abundance of precaution, the district physician required a 14-day quarantine for team members which would end on October 1, when the tennis team will be allowed to resume play,” says Scarpello.

Tennis team parents received an email regarding possible exposure and the directive to quarantine, but no additional information or details, other than to contact their child’s healthcare provider for further guidance. Team members were only asked to quarantine and not instructed to test.

Parents tell Baristanet that tennis team members were wearing masks whenever they weren’t playing on a court and coaches always had masks on at practices.