To commemorate its 10th anniversary, School of Rock Montclair will donate $10 to Toni’s Kitchen for each student who signs up for its fall Performance Programs. 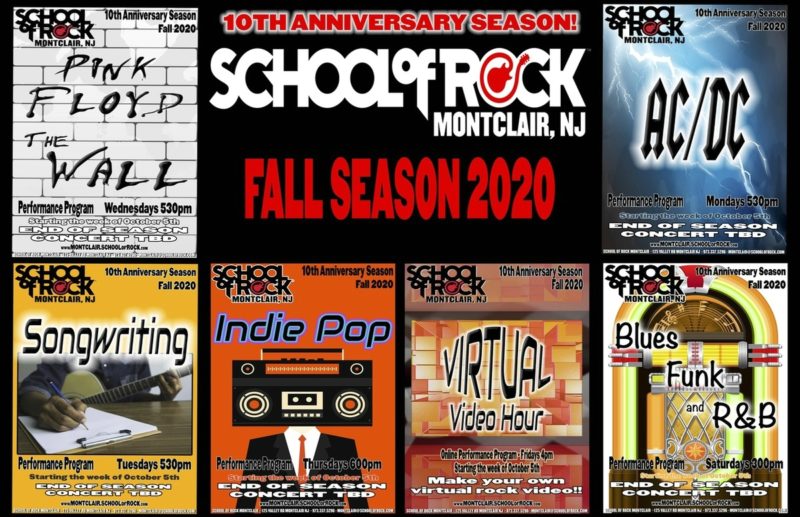 “Since we opened in 2010, hundreds of young musicians have benefited from our unique performance-driven approach to teaching music,” says School of Rock Montclair’s General Manager Kevin March. “While our 10 year anniversary is a celebration of the excellence and durability of our programs, it’s happening during a time of uncertainty. To help those who are struggling with having enough food to eat during the pandemic, our donation to Toni’s Kitchen will be our way to help our neighbors in need.”

In each of the School’s themed Performance Programs, students work with their bandmates to learn the most popular and important songs of the artists who are being featured. Students also learn the intricacies of presenting these songs in front of a live audience.

The 2020 School of Rock Montclair fall Performance Programs, starting in October, are:

As an additional tie-in with the School’s 10 year anniversary, prices for the fall Performance Program season will be reduced by 10% for students who sign up before October 1.

School of Rock Montclair’s Performance Programs are open to musicians of all skill levels. Students who take part in the weekly rehearsals will participate in concert presentations at local live music venues in late January 2021.