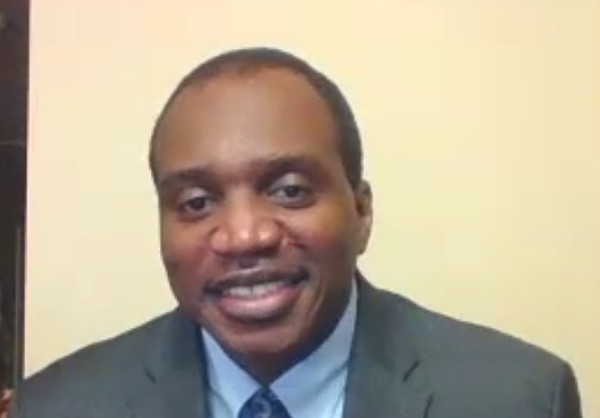 Montclair parents are raising concerns about equity positions in the district, specifically the Student Equity Advocate position that seem to have disappeared without explanation.

Montclair created a student advocate position back in 2016, but that position was renamed the Student Equity Advocate in November 2017, to better describe its function, and after the position had been in place, according to one board member, for 18 months without being filled.

Graham, who is no longer employed by the district, spoke out at a the Black Kids Matter Rally in August.

Graham was introduced at the event by Kellia Sweatt, president of the Montclair Chapter of the National Independent Black Parents’ Association.

“Montclair is a very dangerous district,” said Sweatt, adding that both she and her daughter went through the district and both experienced racism and were victims of discrimination.

“We worked hard to make structural changes in the district to ensure children are protected and respected,” said Sweatt, adding that her group worked tirelessly to get an anti-racism policy in the district, but now she believes there is an effort to dismantle it.

Sweatt, who called for the resignation of Interim Superintendent Dr. Nathan Parker, stated that black parents become criminalized when they fight for children.

“When the parents try to step up to protect children, you’re calling the police?” Sweatt said, referring to when a police officer came to a February 2019 Montclair Board of Education meeting.

Then Sweatt said another effort of the NIBPA was to get the position of the Student Equity Advocate position created in the district. Sweatt then played a clip of Parker discussing a change to the position.

“Montclair, we’ve been played. We allowed a temporary person to come into our community and when he came into the picture, the Student Equity Advocate disappeared.”

Sweatt then introduced Graham, who spoke about what he learned during his time as the Student Equity Advocate, by speaking to students in the Montclair Schools.

“When they designed the position, a part of my duties and responsibilities was to collect and analyze data. And when I saw and identified inequities, then I would give direction to the district, to the schools, to the principals and to the teachers.”

Graham was asked to report on his findings to the Montclair Board of Education in November 2018.

“They told me horror stories of abuse, of being called out in the middle of class. Being railroaded from being in advanced classes. Black boys being shipped to special education, IEPs not even being followed. It was my job to expose this reality and to hold the district accountable for making corrections. And as soon as I began to do that, that is when the sabotage began to happen,” said Graham.

“Just because a board member is a part of the African American race, does not mean they are part of the African-American agenda. These are the same people that demanded that they get rid of position. They were demanding to get rid of a position designed to make sure Black children are treated fairly,” said Graham.

Graham, who is now an online pastor, claimed the leadership of the Montclair Education Association also sabotaged his work.

“There are some teachers and some social workers and a few principals who actually care about Black children,” said Graham, adding that ultimately no one would work work with him.

Baristanet reached out Wednesday to Dr. Jonathan Ponds and BOE President Latifah Jannah regarding concerns raised about the need to restore equity positions in the district.

“I am aware of the concerns raised by some community members and students. I am currently reviewing the history of the equity positions to ensure accurate information is disseminated in the near future. Unfortunately, I cannot comment on the statements regarding the Equity Officer as it is a personnel matter at this time,” Dr. Ponds replied.

Montclair Schools announced in July the hiring of Kalisha Morgan as its Assistant Superintendent for Equity, Curriculum, and Instruction.

Issues of equity have been raised at many Board of Education meetings, including a November 2019 meeting citing the longstanding issue that affects Montclair High School students in the South End — the lack of a school bus service.

Other equity issues that have been raised included a lack of Black female counselors and the disproportionate number of Black students, particularly Black boys, in special education.