Home Featured Posts MFEE Kicks Off Second Round of “America to Me: Real Talk Montclair” 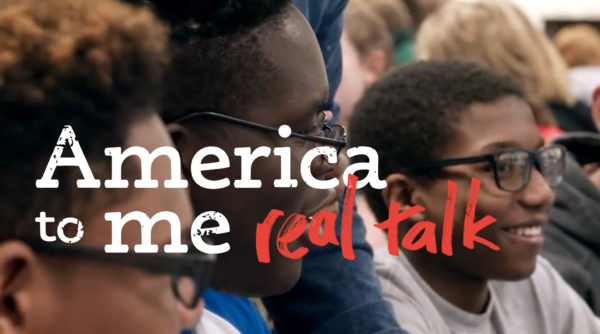 Genesis Whitlock was never conscious of her blackness when she lived in Antigua.

That changed when she moved to Montclair, N.J. and began experiencing overt forms of discrimination, according to the Montclair High School senior.

“I believed that because I was in the suburbs and was in a town like Montclair – that was believed to be super diverse, integrated and a paradise for people of color – that the hatred I was receiving was unique to me,” Whitlock said during the kickoff Zoom event for the second round of the Montclair Fund for Educational Excellence (MFEE) “America to Me: Real Talk Montclair” program on Wednesday, Sept. 30.

However, after learning that other African American students shared similar experiences with racism and discrimination, Whitlock realized the issue ran much deeper, and thus her activism began.

Whitlock discussed what needs to be done to fix the racial injustices at MHS during the event, alongside Dr. R. L’Heureux Lewis-McCoy, NYU professor and the author of Inequality in the Promised Land: Race, Resources and Suburban Schooling. MFEE Executive Director Masiel Rodriquez-Vars moderated the discussion.

“What I’m even more concerned about is the everyday fabric of inequality – what does it mean to be black and go to MHS and be both invisible and also hypervisible?” said Dr. Lewis-McCoy.

Whitlock, an organizer of the MHS Black Lives Matter Unity Walk that was held in June, detailed the work that her and about 20 other MHS students are doing to enact change in the high school. The decentralized group is split up into divisions: research analysts, who research polices to focus on; an outreach group, which communicates the group’s messaging and aims to correct misguided information; and forefront leaders, who are the students that speak at Board of Education meetings and lead the charge.

In June, the group of students released detailed demands of the Montclair School District to combat institutional racism.

Listen with an Ear to Understand

Dr. Lewis-McCoy provided three steps that parents and other Montclair adults can take to support the initiatives of these MHS students:

Dr. Lewis-McCoy awed at the work these MHS students are doing, noting that for decades people have talked about enacting change in Montclair and have asked “what are we going to do?” But ultimately, never followed through.

“These young people said, ‘we are doing it,’’ he said.

The discussion closed out with a highlight on the importance of maintaining mental health while doing activist work, before shifting into a workshop led by Dr. Bree Picower and Dr. Tanya Maloney, Montclair State University professors who co-created the curriculum and who train the program’s Watch Group Leaders.

The discussion and workshop set the stage for the next three-month “Real Talk Montclair” Watch Group process which uses the “America to Me” docu-series as a springboard for deepening racial literacy and to spark individual and collective action to disrupt racism. The films examine racial inequities in a Chicago suburban high school that looks and feels a lot like Montclair High.

To date, the process has engaged over 600 people and trained over 50 people to lead challenging discussions on race and equity with friends, neighbors and colleagues, according to MFEE Board Member Kamillah Knight.

“It’s really hard for marginalized students to speak up because we’re so conditioned to believe that our voices are inherently lessened,” Whitlock said. “So please, when we choose to speak up, reward that and recognize the power and the potential that we hold to really make an impact.

“Stay engaged and be open to having these conversations,” she said.