Montclair Film’s Virtual Cinema is the best way to watch the latest movies from home while supporting our non-profit organization. Films in the Virtual Cinema are new releases, available for rent at home before they show up on other platforms, featuring new independents, documentaries, foreign films, local films, and restored classics, with new selections available every Friday for a minimum of one week.

Montclair Film’s Virtual Cinema is the same platform and ticketing process utilized during the recent Montclair Film Festival, with each film available to screen via mobile and desktop web browsers, as well as the Montclair Film app for Apple TV and Roku devices.

Tickets are $10 for the public, $8 for Montclair Film Members. Instructions for viewing films on Montclair Film’s Virtual Cinema can be found at montclairfilm.org.

“We are so excited to bring our Virtual Cinema platform to our patrons year-round,” said Montclair Film Executive Director Tom Hall. “Despite all movie theaters being closed in our community, maintaining a vibrant culture of watching new and newly restored films remains a critical part of our mission. We hope our patrons will continue to engage with our programs at a time when the arts urgently need their support.” 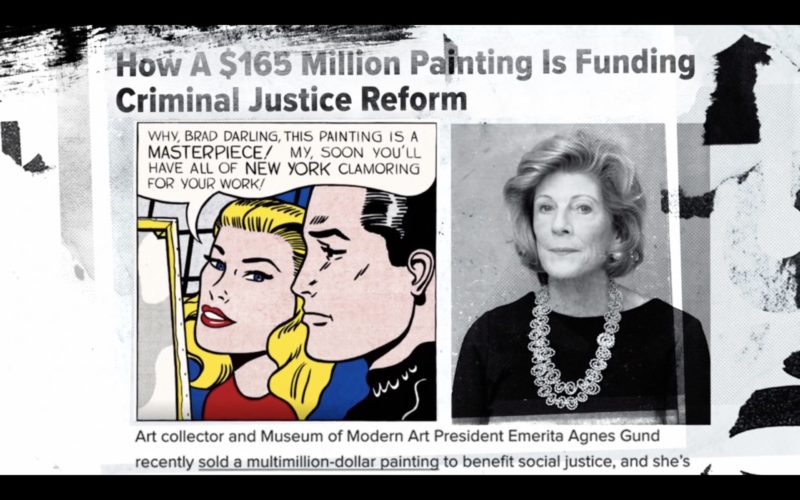 AGGIE explores the nexus of art, race, and justice through the story of art collector and philanthropist Agnes “Aggie” Gund’s life. Emmy-nominated director Catherine Gund focuses on her mother’s journey to give viewers an understanding of the power of art to transform consciousness and inspire social change. Aggie is internationally recognized for her robust and prescient support of artists–particularly women and people of color–and her unwavering commitment to social justice issues. After falling in love with art as a high-school student, Aggie discovers a new way of looking at the world. The film opens with Aggie selling Roy Lichtenstein’s “Masterpiece” for $165 million to start the Art for Justice Fund. The proceeds from one of the highest grossing artworks ever sold fuel a monumental effort to reform the American criminal justice system and end mass incarceration. The film captures Aggie as a true maverick, who demonstrates the unique role and potential of collectors and benefactors to use art to fight injustice. This is untapped terrain, and we see Aggie leading the way. 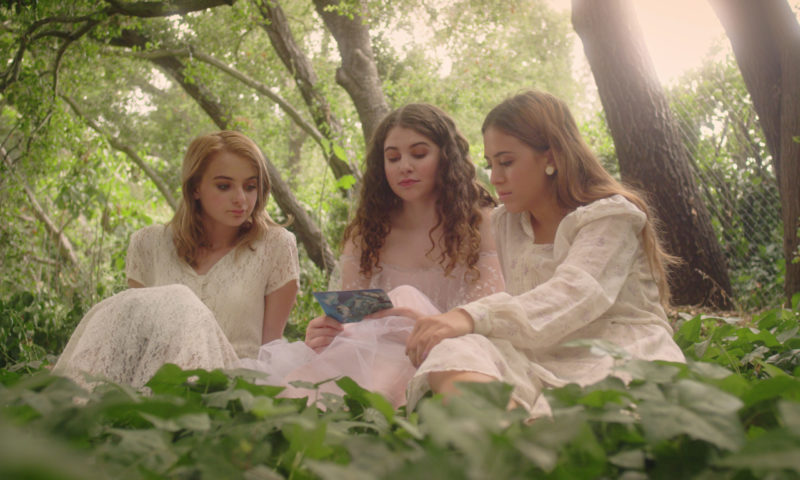 HAM ON RYE, a coming-of-age comedy centered on the nervous excitement of youth and the strange horror of entering adulthood uses an expansive ensemble of over one hundred performers, including non-actors, musicians, 90’s Nickelodeon child stars, and more, to explore a suburban community’s relationship with a prom-like ritual and the decay of the human spirit. It begins with the crowd-pleasing spirit of a John Hughes movie and fades slowly into an off-kilter dystopia with the energy of DAZED AND CONFUSED. 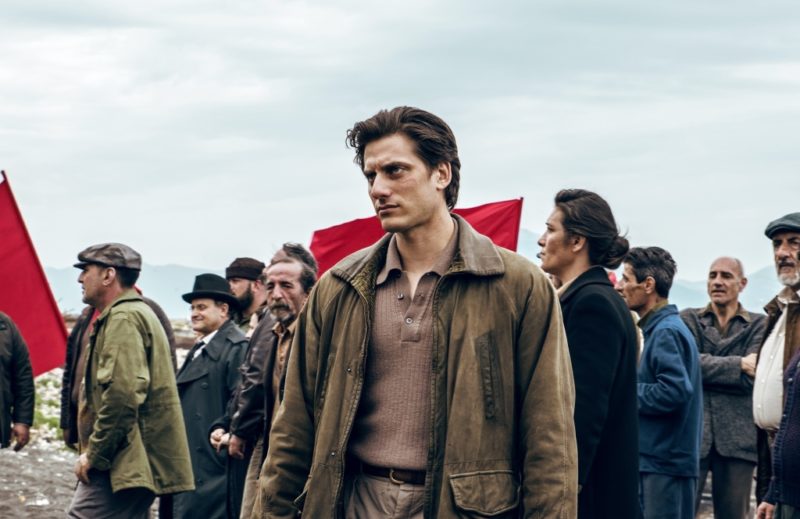 NEW YORK TIMES CRITIC’S PICK!
Adapted from Jack London’s 1909 eponymous novel, yet set in a provocatively unspecified moment in Italy’s history, MARTIN EDEN is a passionate and enthralling narrative fresco in the tradition of the great Italian classics. Martin (played by the marvelous Luca Marinelli) is a self-taught proletarian with artistic aspirations who hopes that his dreams of becoming a writer will help him rise above his station and marry a wealthy young university student (Jessica Cressy). The dissatisfactions of working-class toil and bourgeois success lead to political awakening and destructive anxiety in this enveloping, superbly mounted bildungsroman. Winner of the Best Actor prize at the Venice Film Festival and the Platform Prize at the Toronto International Film Festival.
In Italian with English Subtitles

NEW 4K RESTORATION!
There has never been a face quite like that of Giulietta Masina. Her husband, the legendary Federico Fellini, directs her as Gelsomina in LA STRADA, the film that launched them both to international stardom. Gelsomina is sold by her mother into the employ of Zampanò (Anthony Quinn), a brutal strongman in a traveling circus. When Zampanò encounters an old rival in highwire artist the Fool (Richard Basehart), his fury is provoked to its breaking point. With LA STRADA Fellini left behind the familiar signposts of Italian neorealism for a poetic fable of love and cruelty, evoking brilliant performances and winning the hearts of audiences and critics worldwide.
In Italian with English Subtitles 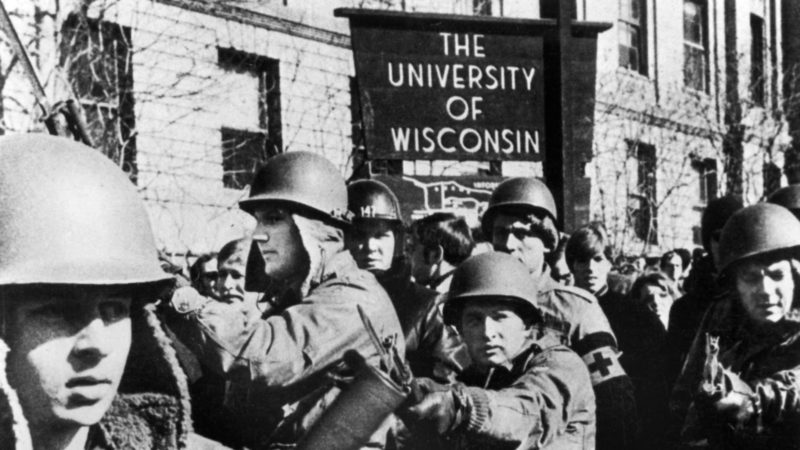 NEW 4K RESTORATION BY IndieCollect!
Nominated for an Academy Award® and widely considered one of the most important political films ever made, THE WAR AT HOME tells the story of the impact of the war in Vietnam on one American city, using Madison, Wisconsin and the University of Wisconsin as a microcosm for the national Antiwar Movement. The film vividly depicts a decade of antiwar resistance from the earliest Vietnam war protest in 1963; to some of the most violent antiwar demonstrations of the era (1967-72); to the signing of the Paris Peace Agreement that formally ended the U.S. role in the war in 1973.

Using a treasure trove of local TV news film, illuminated by more than twenty original on-camera interviews with student antiwar activists, Vietnam Veterans, community leaders, mothers, police officials and others, THE WAR AT HOME details the actions and events that turned the Midwestern city of Madison into one of the major domestic battlegrounds of the Antiwar Movement. First released in 1979, THE WAR AT HOME was nominated for an Academy Award® for Best Feature Documentary and went on to win top awards at the U.S. Film Festival (Sundance) and the Chicago International Film Festival, just a few years after the war in Vietnam came to an end.
Q&A with Director Glenn Silber follows the screening