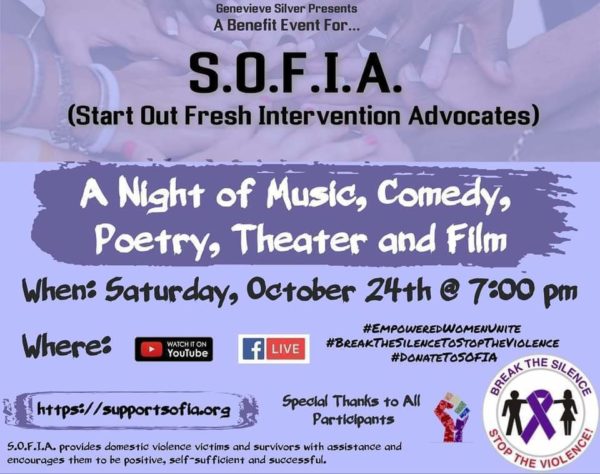 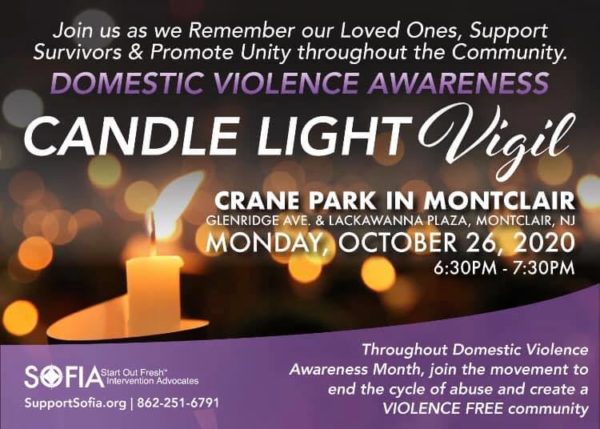 Then on Monday, October 26th at 6:30 p.m., S.O.F.I.A. will hold its annual Candlelight Vigil in Montclair’s Crane Park.

The vigil is held every October because it is National Domestic Violence Awareness Month. The location of the vigil is Crane Park because of the proximity to the Geyer YMCA, where Monica Paul was shot and killed by her ex-boyfriend in 2008 while watching her child’s swim lesson.

The purpose of the vigil is always the same: To honor those lost to Domestic Violence/Intimate Partner Violence, to support those in our community who are in abusive relationships, and to unite the community in erasing the stigma associated with domestic violence.

S.O.F.I.A.’s mantra is “With Awareness There is Hope,” and a big part of that is educating the community about recognizing the signs, understanding that we all know someone in an abusive relationship, and helping us all to be more aware of how to support our family, friends, and neighbors who are affected by domestic violence.

For more information, or to lend your support, visit S.O.F.I.A.