Furlonge brings extensive experience in nationally acclaimed independent schools. Currently the Principal of the Upper School at Ethical Culture Fieldston School (ECFS) in the Bronx, New York, he is responsible for curricular enhancements with a greater emphasis on social justice in both the academic curriculum and co-curricular offerings. Prior to ECFS, he served as Associate Head of School at the Holderness School where he stewarded the community’s design of a Learning Master Plan, aligning it with the school’s strategic plan to further the school’s intellectual and co-curricular goals. He was a founding team member of Christina Seix Academy, an innovative PreK-8 independent school, served as Academic Dean at The Lawrenceville School, and was an active member of the Board of Trustees at the Holderness School.

Furlonge’s appointment represents the culmination of a comprehensive and collaborative national search process that began in January of this year with the formation of a search committee, the hiring of Spencer Stuart as search consultants, and the solicitation of input from MKA stakeholders. “All leadership changes are crucial, but this one is especially so given the intense and accelerating complexities facing independent schools,” said Board President Kate Logan, who also chaired the Head of School Search Committee. “Nigel is a deeply empathetic, humble and thoughtful community builder and he has dedicated his career to both academic excellence and inclusivity.”

In a letter written to the MKA community, Furlonge expressed gratitude for the Board’s decision, “MKA is a school and a community that fosters the ethical development, intellectual growth, and personal success of its students. Such schools are much needed in our world. I am grateful for the opportunity to collaborate with you in the important work of building a better world for our students and for our larger human family.”

“Nigel’s record of achievement and beliefs about the aims of education, reflect MKA’s conception of academic excellence,” said Tom Nammack, “which includes evidence of growth, intellectual independence, and power of expression that fuel a lifelong passion in the hearts and minds of MKA students.”

Born in Toronto, Furlonge is the first child of parents who immigrated to Canada from Trinidad and Tobago. He earned his undergraduate degree in American History at the University of Pennsylvania and a master’s degree in the same subject from Villanova University. He went on to earn an M.Ed. in Organization and Private School Leadership from Teachers College Columbia University and was a John Klingenstein Fellow. For eight years Nigel was History Lead Teacher and co-designer for the Diversity Strand in the Klingenstein Center’s Summer Institute.

A history scholar and teacher at heart, he is a growth-minded educator who shares his passion for teaching and learning with his wife, Nicole, who, since 2018 has served as the Director of the prestigious Klingenstein Center in the Teacher’s College at Columbia University. They look forward to moving to Montclair with their three children and becoming a part of the MKA community. 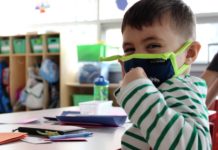 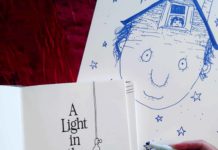