Montclair’s Ann Pollack wanted to do something to give back this holiday season.

Knowing that so many are struggling financially as a result of the COVID-19 pandemic, she took it upon herself to create some joy. 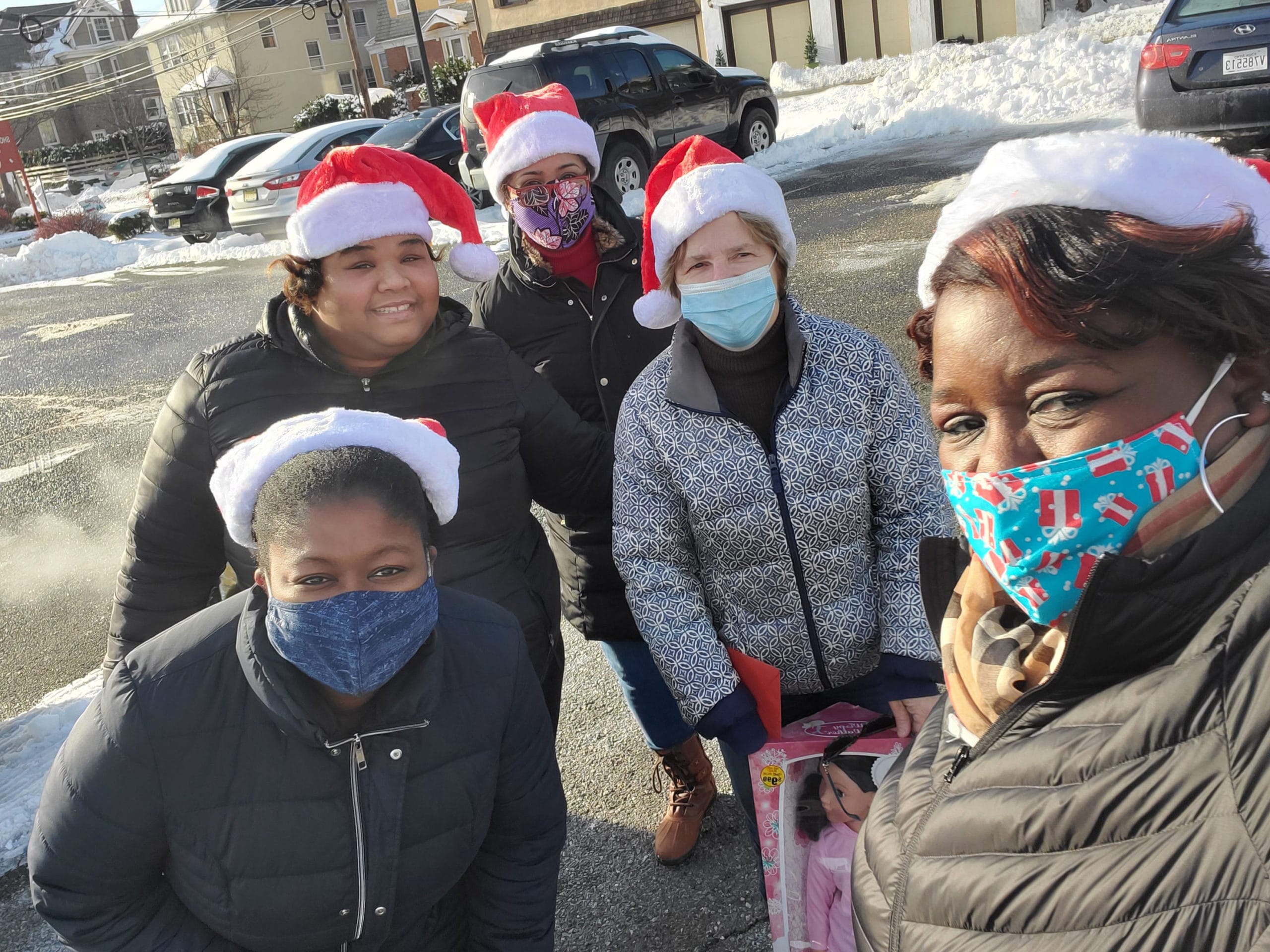 Pollack began by posting in different Montclair and West Orange Facebook groups saying that she wanted to adopt a family for the holidays – an idea that would involve supporting a family’s holiday gift list. Shortly after, several people commented with their willingness to join in.

Aminah Toler of Montclair Mutual Aid saw Pollack’s posts and knew she could use her network to bring the initiative to a larger scale. She came up with a list of families she knew could use some cheering up during the holidays and got a system up and running in record time, allowing Montclair and West Orange residents to sign up to buy gifts from each family’s list or donate cash.

“The community took to it, the response was overwhelming to see that so many here in town care,” Toler said. “Not that I’m surprised, but it was really nice to just see people going above and beyond to help make somebody’s holiday nice.” 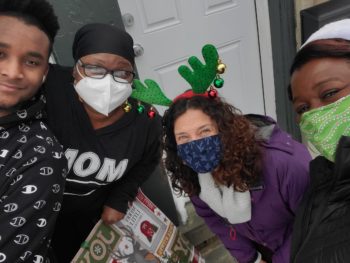 In just three weeks, Pollack and the Montclair Mutual Aid team of Toler, Fanya Feggins, Kimberly Latortue and Lois Thomas were able to perk up the holidays with gifts for nine families – six from Montclair, two from Bloomfield and one from West Orange – thanks to the 75-100 people who donated.

The community rallied together so much so that every single family’s wish list was completely filled. With every single mom in each family only putting down a list of gifts for their children, Montclair Mutual Aid and Pollack made sure to add slots for people to buy gifts for the moms too.

“Every single mom that I’ve talked to, they’re overwhelmed, they’re very appreciative, they’re full in their hearts and their children are excited,” Toler said.

With the gift lists filled and the presents in hand, Pollack, Toler, Feggins, Latortue and Thomas caravanned throughout the towns to drop off the gifts for each family – donning Santa hats and spreading cheer. 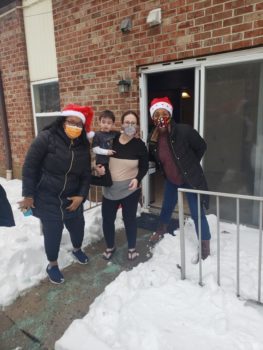 “The spirit was so amazing, it still makes me smile,” Pollack said. “In an environment where there’s so much negative and so much challenge and so much bad news… this was just nothing but good, people reaching out and being able to give, it was awesome.”

A mother of one of the families adopted – a mom of six children and two grandbabies – has been struggling financially due to the COVID-19 pandemic, having trouble paying rent and bills.

But when the mother received the call from Feggins that the Adopt-a-Family initiative wanted to help her, she was overcome with emotion.

“I was just overwhelmed. They came to the house with all the kids and they rang the doorbell and put everything on the porch… it was so beautiful and I know it took a lot of people to make it happen.

“I’m so blessed to have people in my own town who care about other people who are going through a hard struggle and I’m really excited about it,” she said.

Even once the Adopt-a-Family drive deadline passed, Toler was still contacted by people in the giving spirit, and now has raised enough money to buy all the children bicycles in the spring when they’re back in stock.

But those nine families weren’t the only ones who received a little perking up. Jose German-Gomez who runs the Northeast Seed Coalition reached out to Montclair Mutual Aid to ask for some help with three other families and they were able to turn in several gift cards to him for those families as well.

“At the end of the day there’s just so much need and so much hardship right now that we only made a little dent, but at least we made a little one,” Pollack said. “We were so happy to be able to do something… and the families were so happy that somebody cared enough to make a difference.” 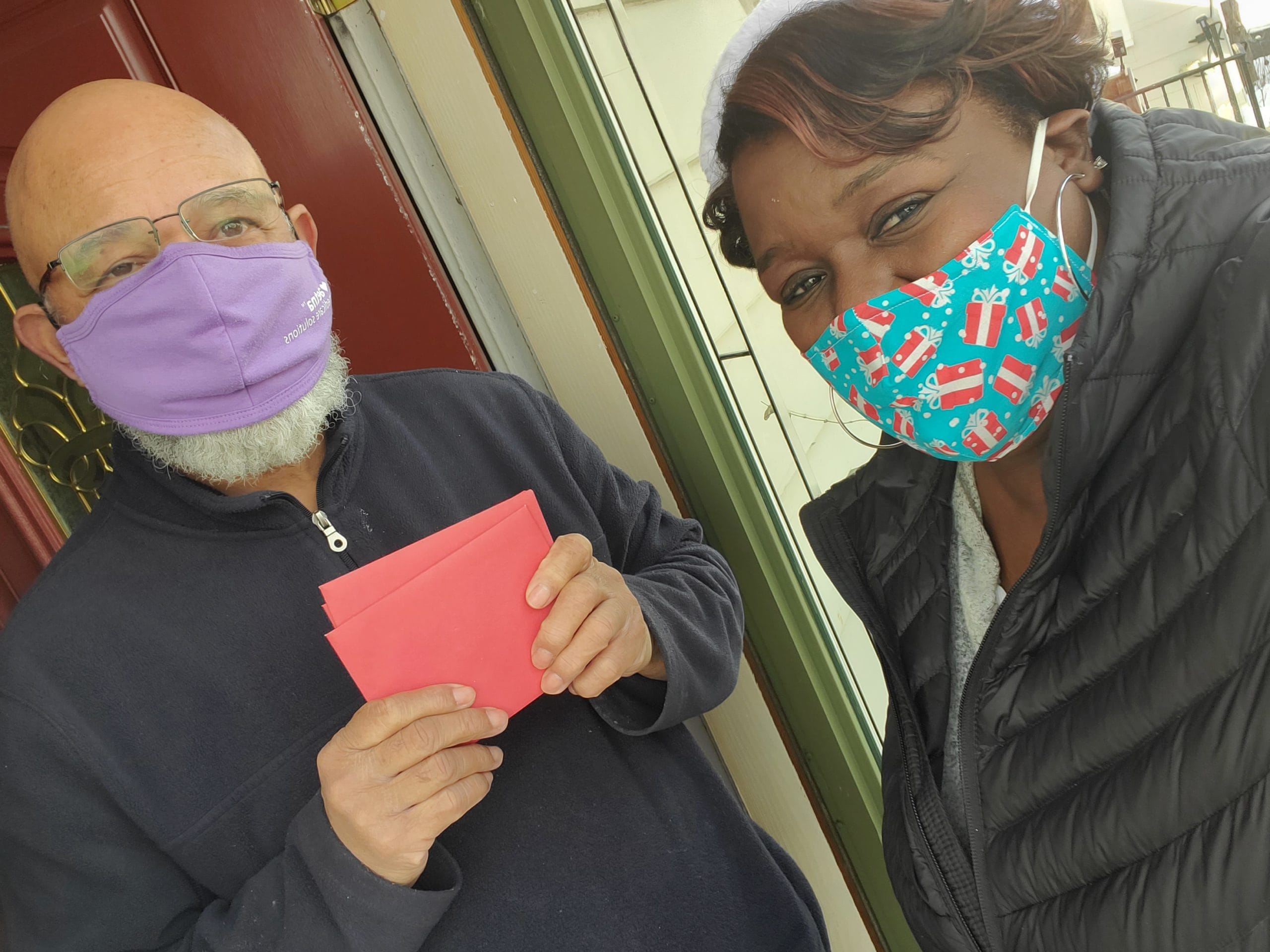