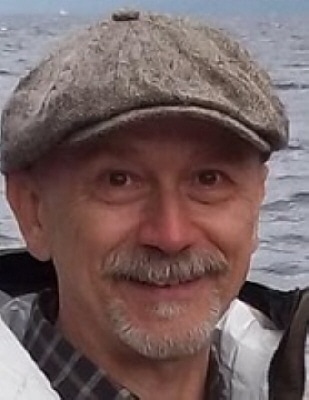 We learned the news today that a longtime friend to Baristanet on Twitter, Bill Nigh, died earlier this month. Nigh had amassed close to 25,000 followers on Twitter and was proud of his following.

The sad news…Bill passed away Friday, 12/18/2020. He was at home and had a quiet, peaceful passing. Thank you for being a part of Bill's Twitter family. He was proud of his following, it brought him much joy. (Beth)
His obituary is at https://t.co/fVqhDPYVtp

William Henry Nigh passed away peacefully at home with his wife by his side on Friday, December 18, 2020 after being diagnosed with metastasized prostate cancer almost 7 years ago. He was 71.

Bill was born in Trenton, NJ in 1949 and enjoyed a what now seems carefree childhood with his loving and hard working family. He attended Rutgers University, graduating with a Bachelors Degree in history, the year before the school allowed women to enroll. He was a member of Phi Gamma Delta (Fiji) where he formed life-long bonds.

Bill ran a hoagie shop in Trenton, was a GM foreman, and a Vista volunteer in Arizona. He spent some months living in Mexico before joining the Army, which gave him the chance to live in Germany for 4 years. He stayed in Frankfurt another 2 years as a civilian and earned his Masters Degree in International Relations from USC via early remote learning. Returning to the states in the early 80’s, he found his way into computer programming.

In 1984 he met Beth and their life long love affair began. They moved to Montclair in 1986 and couldn’t have found a better place to call home. Bill’s technical skills, liberal arts education, ability to learn quickly and charming personality afforded him the luxury of a variety of gigs, some with long term employee status, some as an independent contractor often working from home. He hit his stride when he was teaching other techies and began technical writing and documentation. There his love of language could shine and he helped others by showing them how to more elegantly navigate software.

But work was just part of Bill’s life. Within weeks of meeting, Bill and Beth had talked about a trip to the Bavarian Alps, which came to fruition and began their adventures in many European countries as well as Scotland, Canada, Hawaii and the lower 48. He and Beth had decades of time spent together outside, hiking around Mother Earth’s natural beauty as well as towns and cities of all kinds. Seldom passing up museums, restaurants (Bill loved food!), roadside attractions, factory tours, or whatever else they chanced upon. Best of all was time spent alone together, enjoying each other.

Bill had an easy smile and a kind heart. He was humble and generous; his quiet sincerity was counterbalanced by his sharp wit, love of wordplay, and all kinds of high jinks. He was delighted and delightful! He was devoted to his family and specialized in riling up young nieces and nephews, then darting off to leave them with their parents. As Bill liked to say, “My humor has no tumor.” Bill’s breadth of knowledge, and his ability to absorb and share new information and insights was remarkable. Bill had a large and loyal Twitter following which brought him joy and pride. Social media and texting afforded him the ability to stay in contact with many friends, even more so as his cancer progressed. His sense of humor, acceptance and gratitude stayed with him to the end.

Left without him are his wife Beth, siblings Linda (Ed), Carol (Jim) and Gary (Michael) as well as his nephews and nieces Jeff, Josh, Kristin, Dan, Adam, David, Cielo, Katy, Charles, Molly and Shaun. Bill was predeceased by his wonderful parents Carl and Emily Nigh. He also leaves behind a plethora of loving and saddened friends.

In lieu of flowers donations may be made in Bill’s memory to RWJ Barnabas Health Hospice (vnahg.org/support-hospice) or to Caringbridge.org where Bill and Beth faithfully documented the past 7 years for friends and family. 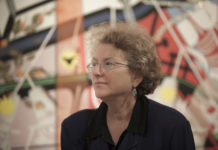