Vanguard Theater Company presents “The Nightmare Before Christmas in Concert” on December 23, online, at 8PM EST for a One Night Only event!

Vanguard Theater Company has teamed up with Isaac Carlson of Wotso Videos to stream “The Nightmare Before Christmas in Concert” for a one night only event on Wednesday, December 23, at 8PM EST on Carlson’s YouTube channel.

Directed by students and mentored by Broadway and NY Theater professionals, “Nightmare in Concert” is the first production of Vanguard’s VTC NEXT, a program designed to train the next generation of behind the scenes and off-stage theater artists.

Tickets are “pay what you can,” with all proceeds going to fund scholarships for VTC NEXT, which aims to create a pipeline for a more equitable theater industry. More information at https://nightmarevtc.funraise.org 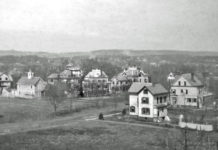