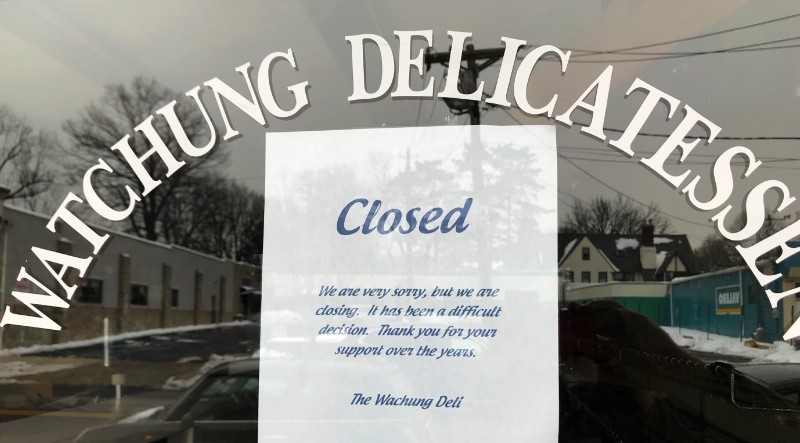 It is with heavy hearts that we share this message with you all.

In the wake of the terrible virus that has taken our world by storm, we were forced to make the very difficult decision to close our doors permanently. We are grateful for the years we were able to serve you and your families and for the friendships we developed with so many of our customers.

Small businesses are the backbone of this wonderful town we live in and we encourage everyone to shop locally during this trying time.

The Watchung Deli family wishes you all a very happy holiday season and an abundance of joy and good health in 2021!

The enduring delicatessen has had many owners since it first opened in 1926, but from 1999 to 2015, it had been owned by two couples — Gary and Maureen Kiffer and Robert and Jeanne Johannsen.

In 2015, the deli was sold to Peter and Anne von Hoffman who ran it until this month. The Hoffmans continued the traditions of the Watchung Deli, even creating new sandwiches in honor of locals.

Watchung Deli had been an iconic lunch spot for countless Montclair High School students over the years, where it was also known as the Skinny Deli.