A Winter Storm Warning is in effect from Sunday evening until 6 a.m Tuesday and heavy snow is expected with snow accumulations of 18 to 24 inches and winds gusting as high as 35 mph.

According to the National Weather Service, travel will be very difficult to impossible, with hazardous conditions impacting the morning and evening commutes.

NJ Transit will suspend all NJ TRANSIT buses, rail (except Atlantic City Rail Line), light rail and Access Link service for the entire service day on Monday, February 1st due to the significant expected impacts of the snow storm. Service is suspended out of an abundance of caution for the safety of NJ TRANSIT customers and employees — given the volume of snow predicted , there is a significant risk of not being able to get customers back to their origin points later in the day as the storm intensifies.

Montclair reminds residents that parking on snow-covered streets is prohibited by ordinance 327-25. The no-parking prohibition remains in effect for a period of 12 hours after snowfall has stopped in order to facilitate snow removal operations. Police will be ticketing and towing vehicles parked on streets during this period.

Residents may park their vehicles free of charge in municipal lots and decks starting 5:00 p.m. Sunday until streets have been cleared of snow.

A notice will go out to provide vehicle owners a 6-hour window for removing their vehicles from the lots and decks, once the streets have been cleared. 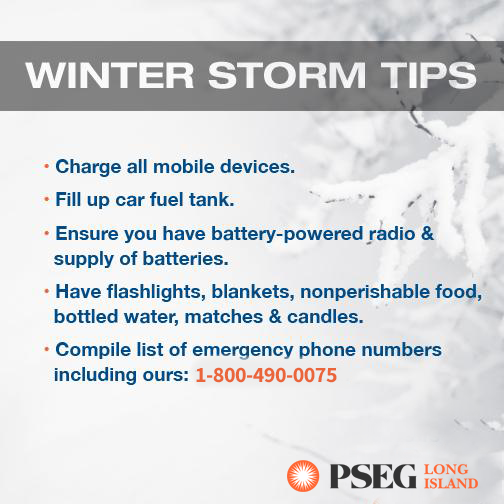