Home Election2020 Local Reaction to U.S. Capitol On Lockdown After Being Stormed By Pro-Trump...

In what’s been described as an assault on democracy and an insurrection, a mob of Trump supporters breached the United States Capitol Wednesday, overwhelming Capitol police, breaking glass and scaling walls, creating chaos and disrupting the count of the electoral votes to confirm President-elect Joe Biden’s win.

In New Jersey, Gov. Phil Murphy stated: “We are witnessing one of the darkest days in American history. The President must immediately condemn the attempted coup at the U.S. Capitol and deploy the National Guard to keep Members of Congress safe and allow a peaceful transition of power.”

U.S. Senator Cory Booker tweeted: “My staff and I are safe. It’s disgraceful that Trump and his allies have enabled this violence and attacks on our democracy. Grateful to the Capitol Police for keeping us safe.

“Make no mistake, today is one of the darkest days in our nation’s history. But I believe we are better than the discord created in Washington. Our democratic principles have formed the bedrock of our country and they will not be broken by the tantrums of President Trump. I look forward to President-Elect Biden’s inauguration and a return to decency, honesty and truthfulness from our national leaders.” 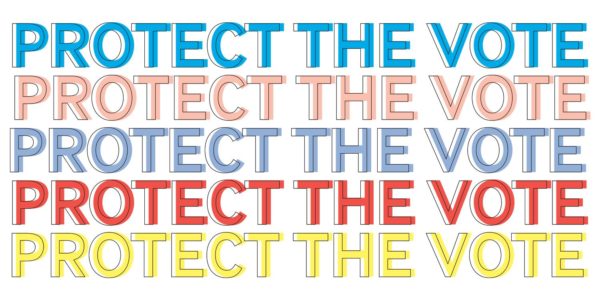 “A sad day is upon us. Stoked by the rhetoric of the President, protesters have stormed the Capital and have halted the legal count of electoral votes and endangered the democratic process. The worst of our fears have been manifested.”

“Protect the Vote Montclair is working with our partners to better understand the gravity of the events as they unfold. Please stay tuned for information about peaceful actions we can take in response. ”

“After today’s events, I support efforts to remove Trump from office immediately.

Then we need to expel all officials who supported this attempted coup. They serve the Constitution and should be accountable for today’s national tragedy. NO ONE is above the law in America!”

After today's events, I support efforts to remove Trump from office immediately.

Then we need to expel all officials who supported this attempted coup. They serve the Constitution and should be accountable for today's national tragedy. NO ONE is above the law in America! pic.twitter.com/jkFKkGVFvf

Rep. Mikie Sherrill, after tweeting that she was safe and in a secure location, released this video:

About to go back into the chamber.

We are going to certify this election.

And democracy will prevail. pic.twitter.com/0cDzFvp6XW