Walk by the corner of Frink and Walnut Streets in Montclair and you’ll be met with a striking new mural with a message about morality.

On the exterior of Brick + Dough: A Wood Fired Eatery, resides “The Curse of Socrates” mural by street/mural artist Jayemaich.

The mural, featuring the faces of two elderly women, depicts the artist’s message that those who are the most moral are also those who are taken advantage of the most by the power structures and systems in place. This is represented by the prominent wrinkles on each of their faces, meant to show the “wear of time being oppressed” has had on them.

Yet, each woman has a brightness and brilliance in their eyes, depicting their innocence, inner beauty and moral character. 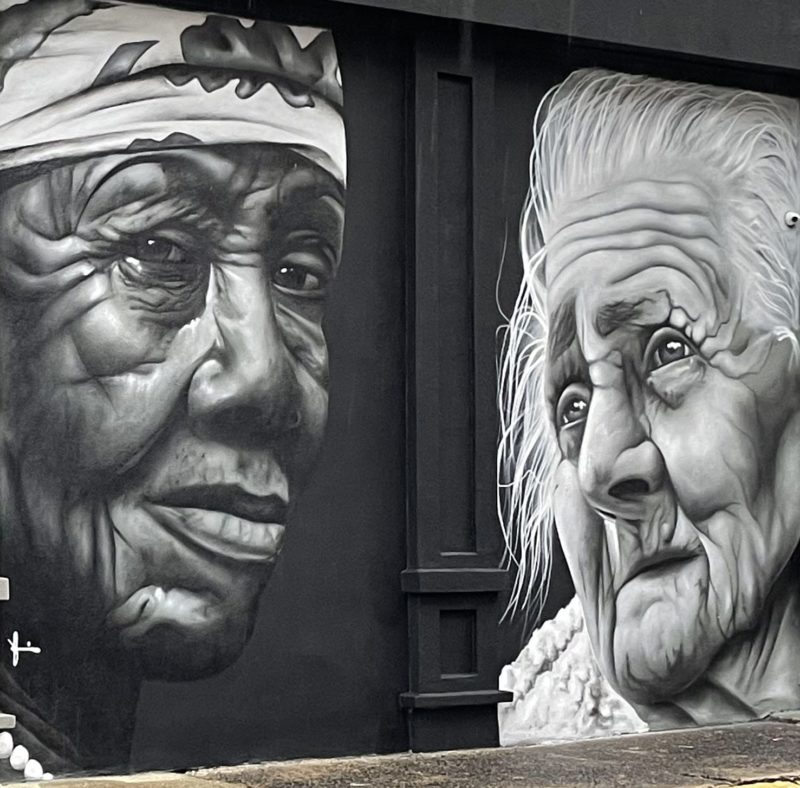 Being worn down by the system is really what it’s about,” says Jayemaich. Inspired by Socrates’ main philosophy of teaching morality, which he was later put to death for, Jayemaich named the mural “The Curse of Socrates.”

“What he taught and what he was put to death for hundreds of years ago still in some way, shape or form plays a role in today’s society,” he says.

But if you took a stroll by the wall during Jayemaich’s progress, you may have noticed that it first held the portrait of an elderly Italian man. At first the direction was to create old Italian grandparents – thematically in line with the Italian restaurant – but as the grandpa was complete, Jayemaich wasn’t pleased, unable to find real meaning in his work. So, after consulting with Brick + Dough owner Jason Rosenthal who commissioned the mural, he took a roller of black paint and covered up the portrait he had just spent two weeks painting.

“I just came to [Rosenthal] and said I think we can do something more impactful here, more powerful. I came up with the idea [of The Curse of Socrates] and luckily he loved it,” Jayemaich said. “I didn’t care if I did the whole building, if I didn’t like it, I would’ve rolled over the whole building.”

“Growing up in New Jersey and New York, that whole grittier lifestyle is something that I grew up around as a kid, so that’s a lot of what inspires my artwork,” he said. “When you have content and create a piece that pushes the envelope a little bit, it creates a moment where people pause and look at the piece and question what their thoughts are, and the pieces forms an impact overall on the audience that’s looking at it.” 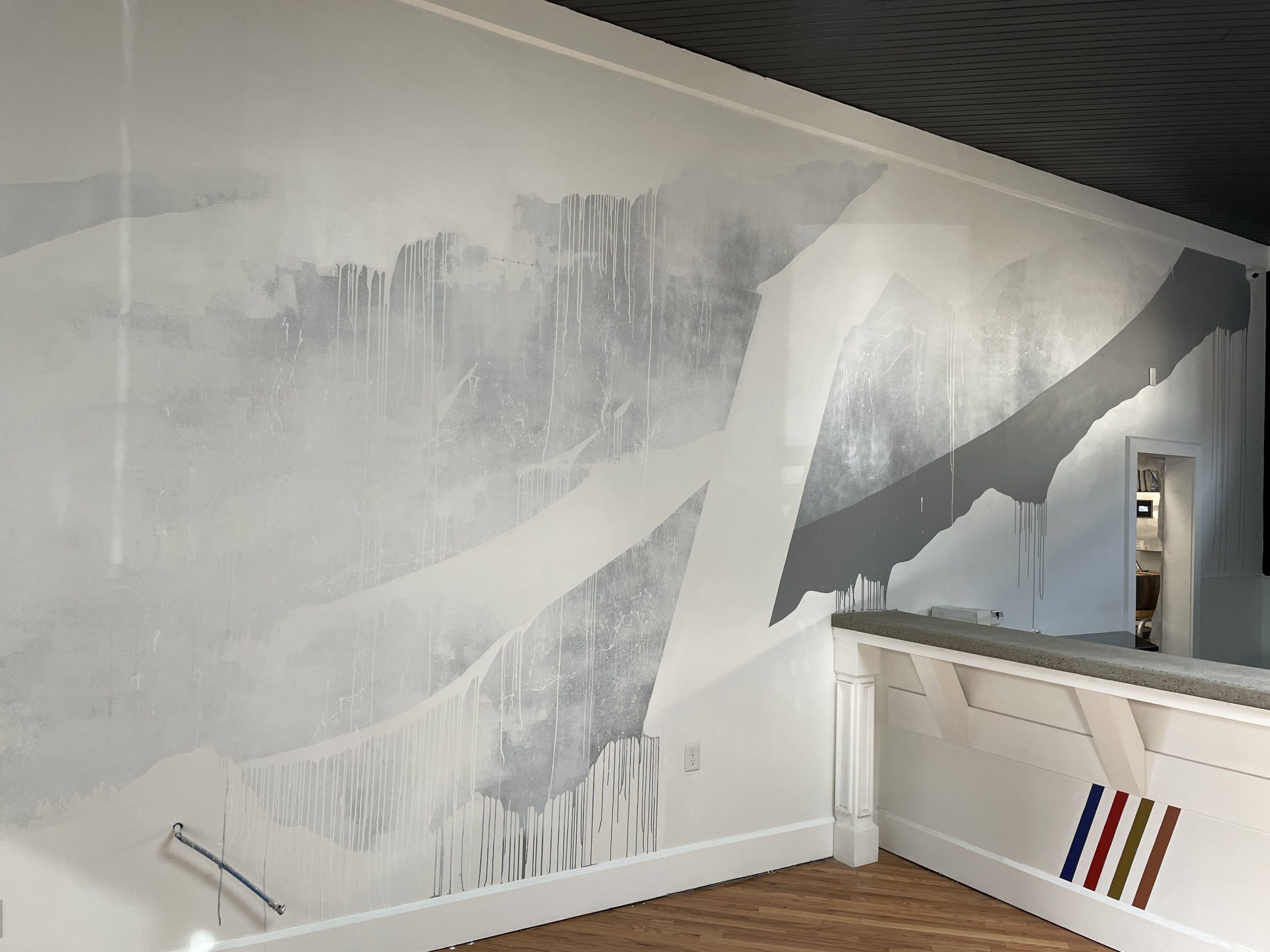 Up next, he’ll tackle the outside dining area with a design called “Internal Inferno” about “the inner fire inside of you, positive or negative, what burns inside your mind and the things you think about over time.”

For Rosenthal, connecting with Jayemaich was the perfect twist of fate. He’d been looking for an artist to make their mark on Brick + Dough, but was no having little luck in finding someone right for the job.

Meanwhile, Jayemaich – recently back in Jersey after living for a few years in Florida – was looking for walls to paint. He just happened to walk inside Brick + Dough for a coffee and some food and while waiting, decided to take a walk around the building. That’s when he saw the wall on Fink Street and asked Rosenthal if he could paint it.

“I gave him a lot of creative freedom on the outside of the building, Rosenthal said. “I like that we kind of gave the town art. It didn’t really relate to our busines…it really seemed like it fit in well with Montclair and the times we’re in. It really speaks to me and seems like it’s speaking to a lot of different people too, which I love.”

Brick + Dough is located at 110 Walnut St. For the most updated restaurant information, following them on Instagram at @brickxdough.